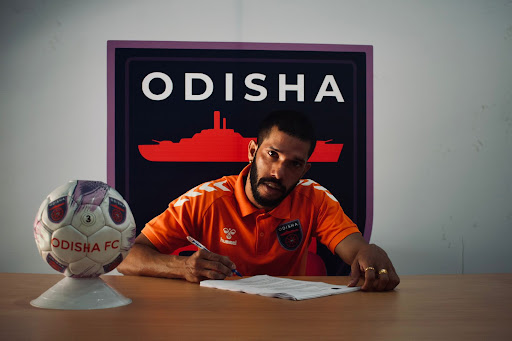 Odisha has completed the signing of Indian midfielder Michael Soosairaj after he left ATK Mohun Bagan ahead of the 2022-23 Indian Super League season.

The 27-year-old left-winger from Tamil Nadu made only five substitute appearances for ATK Mohun Bagan in the 2021-22 ISL season amassing a total of 25 minutes on the pitch. Soosairaj has endured a tough period with the Mariners since his injury in the 2020-21 ISL season opener against Kerala Blasters which turned out to be his last opportunity in the ATK Mohun Bagan starting XI.

Announcing the news of the mutual termination of the contract on social media, the club wrote:

“Here’s wishing Michael Soosairaj all the very best as he departs the club. Thank you so much for your contributions, Soosai.”

Soosairaj started his professional career with Indian Arrows before joining Chennai City in 2016 where he made his I-League debut against Gokulam Kerala. In 29 I-League appearances across two seasons, he scored 5 goals and assisted 4 goals which attracted the attention of Indian Super League club Jamshedpur.

In a solitary season with the Red Miners, the midfielder scored 4 goals in 14 matches thus gaining a further move to ATK where he won the ISL title in the 2019-20 ISL season contributing 3 goals in 17 matches.

Also Read: India loses 2-0 to Jordan in the only international friendly before the 2023 AFC Cup Qualifiers

Now, the fans will see him represent the Kalinga Warriors as he has put pen to paper on the dotted line till the end of the 2023-24 ISL season. Also, he is likely to feature frequently in the Odisha line-up compared to his minutes on the pitch in the last two ISL seasons.

The winger expressed his views on the signing by stating:

“I am so excited to have joined Odisha FC and I am looking forward to playing my first game at the Kalinga Stadium. I hope I give you guys my best and entertain you guys as well. Ama Team, Ama Game!”

“We are delighted to have secured the services of a player of Soosai Raj’s calibre. We hope that he can contribute to our team’s success for the next two seasons, by putting in performances that we all know he is capable of.”

This was Odisha’s second signing of the 2022 summer transfer window, as Odisha would be looking to finish in the top four of the league standings after falling short in the 2021-22 ISL season.