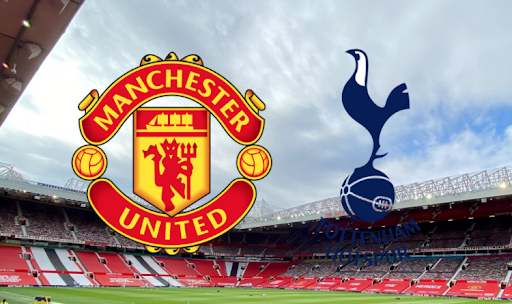 Manchester United will host Tottenham Hotspur at Old Trafford in the 29th round of the English Premier League. The match will take place on March 12, beginning at 23:00 IST

In the central match of this weekend, the Red Devils are taking on Spurs at their legendary home ground. Both clubs have ambitions and indeed the goal to qualify for the Champions League next season, but the season for each is very unstable, no one can predict the fate of the race for the top 4.

So far, Arsenal have the best chances as of now: after 25 games played, they have 48 points under the belt, having a few games in hand and good form. But you cannot write these sides off, you can be sure that today’s opponents will do everything to pick up such important and necessary points in the upcoming matches. These clubs have very quality players in their ranks, and world-class coaches will clearly figure out how to fix the situation. But will the opponents slip up in their future matches? It seems reasonable to focus on own performance – and this match is an immediate test.

What do we expect from this game? Which team will prevail in such a crucial match? Let’s find out: Parimatch News have prepared a preview and prediction for you.

Manchester United got off to a strong start in the UEFA Champions League, where they finished top of the group as they beat Young Boys, Villarreal and Atalanta. In the first leg against Atlético de Madrid in the playoffs, the hosts held off a 1-1 onslaught by the Spanish champions.

Man Utd had a poor start in the FA Cup, losing on penalties to Middlesbrough 1-2.

In the Premier League tournament, Ralf Rangnick’s charges have already lost their place in the top four. In 28 rounds of the current campaign, MU have picked up 13 wins and eight draws, which have brought them 47 points and fifth place. They are just one point behind fourth-placed Arsenal but the Gunners have three games in hand.

After beating Leeds United 4-2, the Red Devils drew 0-0 with Watford and lost 1-4 to Manchester City in the derby. We must not forget to mention the worst record among the top-10 teams in the defensive line, which conceded 38 times.

Luke Shaw – will miss the game, Mason Greenwood is under investigation, Cristiano Ronaldo’s participation in the upcoming game itself is questionable, the same can be said for Uruguayan striker Edinson Cavani who was injured recently, but they have both trained since Tuesday – maybe we will see whoever on the pitch. Raphaël Varane, Scott McTominay are doubtful.

Tottenham have 45 points on their books and sit seventh in the table, although they have played two games fewer than their upcoming opponents.

Antonio Conte’s men have not been shining lately and if you look at the results of their past matches, they have not won two games in a row in the last 15 games. Who knows, maybe the Spurs will finally break out of this vicious circle this Saturday?

On Matchday 26 of the EPL, the Londoners sensationally beat top-flight Manchester City away (3-2) before losing their next calendar game to Burnley, who are currently trailing in the relegation zone. This was followed by two fine thrashes with a clean sheets, Leeds lost at Elland Road (0-4) and then Everton suffered at Tottenham Hotspur Stadium as well (5-0). So basically the trend is positive: 3 wins from 4 matches in the Premier League.

But here’s a nuance: between the last two matches there was literally a mishap: the Londoners have been eliminated in the FA Cup, having suffered a 0-1 fiasco against Middlesbrough in overtime.

Due to health problems, Oliver Skipp will not be able to help the London team, while Japhet Tanganga and Ryan Sessegnon are still in doubt.

Statistical preview of the match Manchester United vs Tottenham Hotspur:

“We are fully aware about the importance of tomorrow’s game. At the same time, the game on Tuesday. But now the most important game is the game tomorrow against Tottenham. We have to win that game, we are fully aware of that. We had a good week of training. The players are also fully aware about the importance of the game. The focus is there, the togetherness was there in the training sessions. So, with regard to players, we will still miss out Luke Shaw. He’s until yesterday still being tested positive with Covid. Scotty [McTominay] is a question mark, he had some problems with his calf so we have to wait and see until after training today. Right now, it is more likely that he will not be available because if we risk him tomorrow, he will more likely be out for the game on Tuesday, that’s why I tend, with muscular issues – even more so if it’s the calf muscle – I tend to be careful.”

“I want us to show this type of mentality, to think about the next game. As I said, we played a really good game against Everton, got the three points, but the most important game for us is the game against United. We don’t forget that we lost 3-0 at home (in October) and, for sure, we are talking about a really important squad. At the same time, we have improved, and we are improving through our work every day.”

he told us on Thursday.

“It was a good result against Everton, then we’ve had good training sessions to prepare for the game against Manchester United, a big game. We are ready to play.”

“You know very well the importance of this type of game. When you lose a game against a competitor like Manchester City, for sure, you are angry, and you want a good reaction in the next game.”

“At the same time, we have to give continuity and think about ourselves, not the others. We need to play a good game in a fantastic stadium, an amazing atmosphere. We want to show our promise.”

The Red Devils have not won three games in a row and are not showing the kind of football their fans expect, although they have a huge number of super-class performers, Cristiano Ronaldo being one of them. The team is still under rebuilding process with a new coach having arrived not too long ago: the stagnation is definitely on the face of it as of now.

Tottenham showed themselves in all their glory and showed very good football in their last matches of EPL on the other hand.. After all, there’s a world-class specialist at the wheel and if they continue in the same spirit, they’re bound to climb into the top four.

This is precisely the moment where they need to push MU out of fifth place in the table. We believe the Londoners will leave Manchester with at least one point.

Don`t miss out 👉: Gary Lineker after the last-night UCL fiery: “Benzema is indisputably one of the greatest number nines of all-time”

We say: Tottenham Hotspur will not lose – Yes.