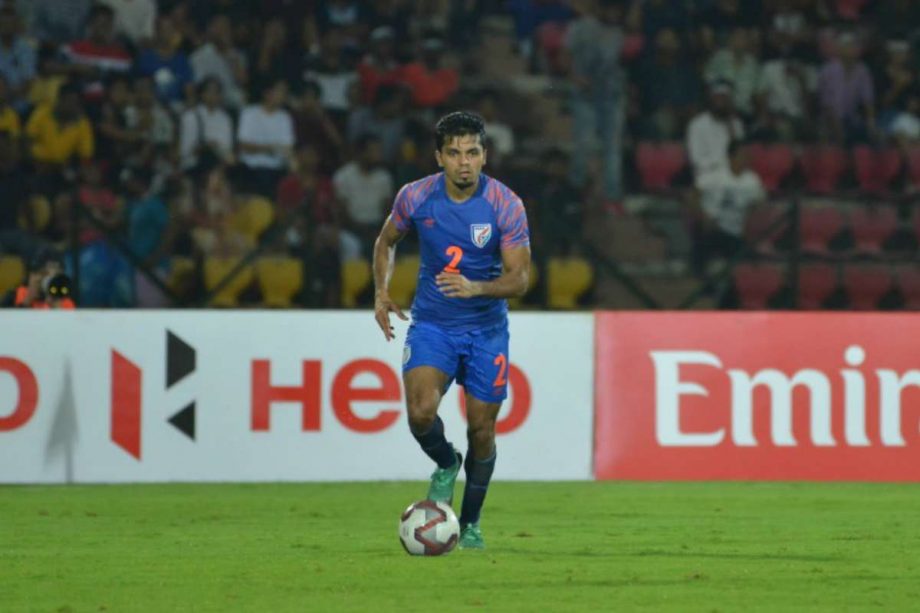 Mumbai City has signed former Bengaluru defender and local boy Rahul Bheke on a two-year contract until the end of the 2022-23 Indian Super League season with an option to extend for a further year.

After signing for the Islanders, Bheke said

“It’s a surreal feeling, to have joined Mumbai City. This is my hometown club and of course, the defending champions. The feeling of representing your city and your people is what makes this game more special for me, and I did not have to think twice when the opportunity to join Mumbai City came about.”

The 30-year old defender further talked about the challenges that lie ahead and head coach Sergio Lobera’s expectations.

“I am aware of the ambitions we have at our club and the expectations that the coach Sergio Lobera has from me, and I’m fully prepared for the challenges that lie ahead. I’m ready to start this new journey with my new family and make memories with our fans.”

After starting his career with the Mahindra United youth academy, Bheke went on to play for Air India, Mumbai Tigers, and Mumbai in short spells before signing with East Bengal.

During his two-year spell with the centenary club, Bheke was loaned to Kerala Blasters and Pune City before being snapped up by Bengaluru on a permanent basis.

In his first season with the Blues, Bheke helped the club qualify for the 2017-18 ISL final but Bengaluru lost to Chennaiyin on the big stage. In the 2018-19 season, the Blues once again qualified for the ISL playoffs and Bheke headed the ball in the back of the net in extra time against Goa to win the ISL title for the club.

The Mumbai City head coach Sergio Lobera was full of praise for the club’s latest acquisition as the defender brings abilities that no other player has at the club with his versatility and experience.

“Rahul is an experienced professional. He’s tremendously versatile in his abilities and he brings the traits of a leader, which is highly regarded in our club. Rahul knows what it takes to be a winner and he has the right mentality.”

Lobera is hopeful that adding an experienced local lad to the squad would add motivation to the first team as well as the younger academy products.

“He’s a Mumbai boy and I am sure he knows what it means to be here and what it would take. We are happy to have him here and I am confident that he can contribute positively at Mumbai City.”

Rahul Bheke is a regular part of the Indian national football team and would be expected to come good at Mumbai City with the experience he has under his belt.