India vs Afghanistan: Prediction and Preview 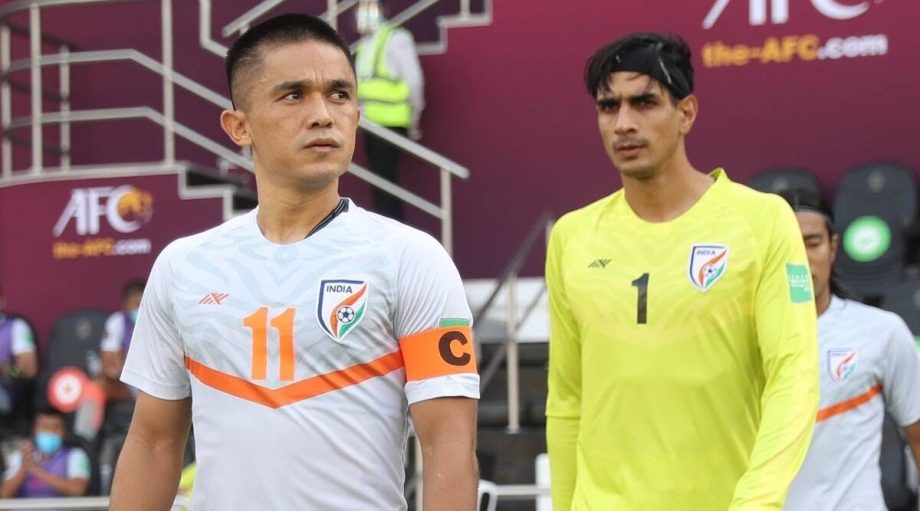 Sunil Chhetri leading out the Indian team against Bangladesh

Sunil Chhetri scored a brace late into the match against Bangladesh to give India their first win of the AFC joint qualifiers and the Indian fans would be looking for more of the same from their team as they play their last and most crucial match in the campaign against Afghanistan.

Whilst the Indian team has the momentum on their side, Afghanistan is in turmoil as they haven’t won any of their last five competitive matches losing to Oman twice and going down to Asian Champions Qatar as well.

The two sides are locked in a tussle for the third position in the Group E of joint qualifiers which will give a direct entry to the third round of AFC Asian Cup 2023. The team finishing fourth will still have a chance to make it to the AFC Asian Cup but they will have to go through the qualifier rounds as well. India has the upper hand going into the match as they are 3rd in the group table whilst Afghanistan is 4th and would require a win against the Blue Tigers to overtake them.

How Have They Done So Far

Igor Stimac’s men underwent a big transition period since the start of the AFC joint qualifiers which saw them lose 2-1 to Oman at home followed by a historic 0-0 defeat against Qatar. The clean sheet held by India on the day promised fans a better future but it was followed by disappointing draws against neighbors Bangladesh and Afghanistan.

Since then, the Blue Tigers have lost to Oman again, lost 1-0 to Qatar, and beat Bangladesh 2-0 to amass a total of 6 points from their first 7 matches.

On the other hand, the Afghans started their AFC qualifiers campaign with a massive 6-0 loss to Asian giants Qatar followed by a 1-0 win against Bangladesh. Further losses against Oman and Qatar sandwiched a 1-1 draw against India stolen by Stimac’s side in the last added minute of the match.

After the resumption of international football again, Anoush Dastgir’s side drew 1-1 with Bangladesh and followed it up with a 2-1 loss against Oman gathering a total of 5 points from the 7 matches played so far. 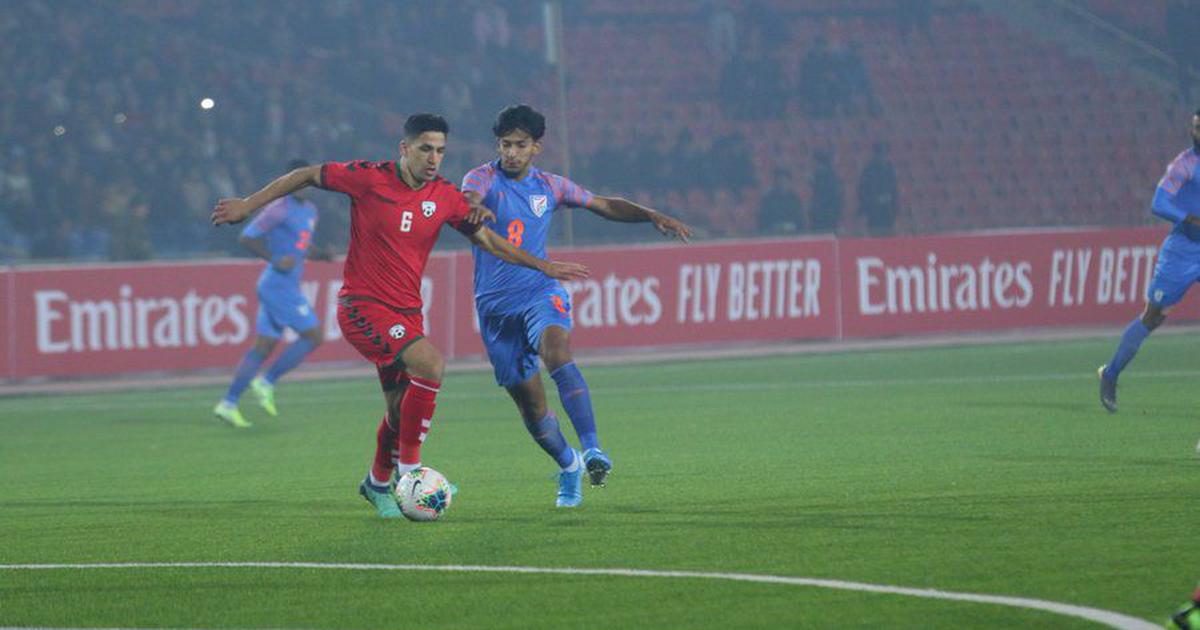 Noor Husin and Sahal Abdul Samad competing for the ball

Expectedly, the Indian national team holds an upper hand in the head-to-head record over the Lions of Khorasan but the same can’t be said of the matches in the last decade. In total, the Blue Tigers have won 6 of the 9 matches played between the two neighboring sides on the international stage.

The Afghans came out on top in the 2013 SAFF Championship final as they put 2 goals past the favorites India either side of half-time with the defending champions failing to score even a single goal. A couple of matches has been drawn between the two sides including the last meeting in the AFC joint qualifiers.

India would be missing the services of their midfield engine, Rowlin Borges as the Mumbai City midfielder has missed the training sessions with the team owing to an injury. Rahul Bheke will be available once again after serving his one-match suspension against Bangladesh but the Bengaluru defender is not expected to be drafted back into the team as Pritam Kotal is ahead of him in the pecking order to start as the right-back.

The Afghanistan manager has most of their star players available from the 2-1 loss against Oman with none of the men on the field getting a suspension or going down with an injury during the match.

Brandon Fernandes has been the key player for India in the ongoing AFC joint qualifiers campaign and the Goan attacking midfielder will be expected to be at his best to thread the ball through a midfield containing the likes of Milad Intezar, Noor Husin, and Farshad Noor. India’s defense will have to be at its best as well if they want to hold on to the third position.

Faysal Shayesteh will be crucial for the Afghans if they want to break the solidity of India’s new-look midfield duo of the industrious Glan Martins and Suresh Singh.

India 2-1 Afghanistan is Parimatch’s prediction with Brandon Fernandes scoring the deserved winner after finding his form back.