Diego Simeone appears to be the highest-paid manager in Europe: revealing the latest ranking of salaries in the top leagues  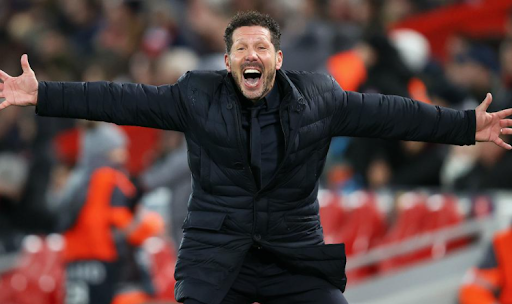 A popular French tabloid has published the annual ranking of salaries in the top European leagues. According to tradition, we got into the wallet not only to the players, but also to the coaches. Simeone is the most expensive coach in Europe. He overtakes not only Pep and Klopp, but also Kilian Mbappe and Robert Lewandowski.

The most expensive coach in the world is Diego Simeone. However, this is nothing new – the Argentine has held the top spot since 2019. Last summer the Atletico de Madrid coach signed a new contract with the club – until 2024. But if you compare with the last version of the top, Simeone lost 300 thousand euros a month salary – last year Diego received €3.6 million.

Next comes the trio from the English Premier League. The second place is predictably occupied by Pep Guardiola. He has been at the top of the England for several years now. Only Kevin De Bruyne gets more than him at Manchester City.

Jurgen Klopp and Antonio Conte also earn like top footballers – with their salaries of 1.49 million euros a month, they would definitely be in the top 10 of the Premier League. Liverpool and Tottenham players don’t earn that much.

Conte, by the way, was the highest-paid coach in Serie A in last year’s rankings – although he earned less at Inter than he did in London. 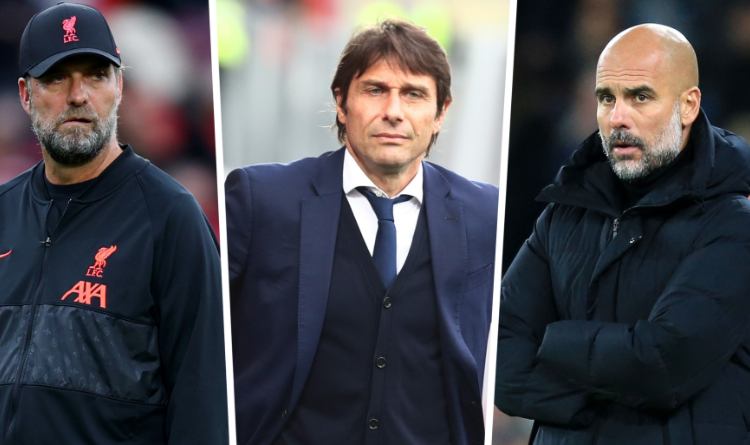 The EPL is rich with the best specialists in the world

In the previous top of La Liga, Simeone was followed by Zidane and Koeman, but Real Madrid and Barcelona have changed coaches. Now Carlo Ancelotti (€0.91 million) and Marcelino of Athletic (€0.5 million) are in the top three highest earning coaches.

Don`t miss out 👉: Aubameyang after inspiring El Clásico victory: ‘This is the beginning of the new era

It turns out that Barcelona is paying Xavi less because of financial problems.

In France, everything is predictable: the coach of PSG is in first place. If you believe L’Equipe, Mauricio Pochettino earns slightly more than Achraf Hakimi and less than Marco Verratti and Marquinhos. Kylian Mbappe earns twice as much as his own coach (not to mention Messi and Neymar).

The second and third places are shared by Jorge Sampaoli (Marseille) and Christophe Galtier (Nice), who became the champion with Lille last season. Both earn €330,000 each.

The main change from last season is the departure of Niko Kovač (Monaco), who was second in the rankings.

In Italy, the top 3 of the highest paid have changed completely. Massimiliano Allegri returned to Juventus – immediately on a huge salary of 1.17 million euros. No player in Serie A receives more – Paulo Dybala has 1.13 million euros per month (and he will leave in the summer).

Conte and Fonseca, who made last year’s top, are gone, and Gianpiero Gasperini has been replaced by Jose Mourinho (€0.77 million) and Simone Inzaghi (€0.62 million).

Don`t miss out 👉: Serie A Weekend Roundup: Inter Milan continues to slip, Milan and Napoli go head to head at the top

The most humble coaches are in Germany. Julian Nagelsmann increased his salary by 2.5 times in one year – from 250 thousand euros at Leipzig he moved to devilish 666 thousand at Bayern. Hansi Flick, by the way, earned a little less in Munich – 580 thousand. Still, his salary was the highest in the Bundesliga.

The Swiss Gerardo Seoane replaced Peter Bosz at Bayer and took second place in the top earner list. In third place is Marco Rosé, who replaced Borussia Gladbach for Dortmund in one year.

These figures are only estimates.

First of all, everything is affected by taxes. The amounts quoted are calculated gross (before taxes).

Most countries have a progressive tax scheme – the higher the earnings, the higher the percentage. Moreover – in some countries dozens of factors influence the amount of payments to the government, up to the fact whether the taxpayer is married or not. Below – the approximate tax rates (the data for the EU countries – from a study commissioned by the European Parliament).

Monaco is an exception. Overseas players there do not pay tax, but the employer must pay 13% of the employee’s income as a social contribution. Ligue 1 clubs, of course, are not happy with this advantage.

By the way, when France raised the luxury tax to 75%, the Ligue 1 threatened to exclude Monaco, as the club had a clear advantage over the others. In the end, a deal was reached: Monaco would transfer 50 million euros to the league, and it would be dropped. In 2015, the French court called the deal illegal. Now the club is again living by comfortable rules.

Secondly, the salaries of players and coaches are affected by various factors. In recent years, clubs are increasingly abandoning the fixed salary, increasing the motivational part – simply put, bonuses.

There are both individual and team bonuses. That is, a player’s salary is increasingly influenced by how many appearances he made on the field, how many goals he participated in, whether the club won trophies and where the team finished.
Don`t miss out 👉: Financial fair play (FFP) overhaul and expected impact of the new rules: revealing details