Cristiano Ronaldo versus Man United scandal: all you need to know 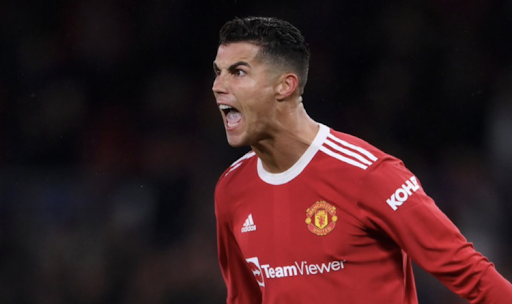 Ronaldo enraged during one of his football matches

The football community got into a frenzy this week when parts of Cristiano Ronaldo’s scandalous interview with Piers Morgan, where he shed light on everything that has been going on with him in recent years, popped up online. Here we’ll tell you everything you need to know at once.

The FiFA World Cup 2022 in Qatar is a week away, but Cristiano Ronaldo has found a way to focus attention on himself. Excerpts from his big interview with Piers Morgan have been published this week, with the full version to be released on Wednesday. However, already what has appeared online is something that burns bridges between the club and the midfielder. Ronaldo is unlikely to ever wear a Manchester United jersey again. Below are quotes from the teaser of the interview.

Piers Morgan, the British journalist, refuses to disclose when the interview was filmed. But the timing seems to be ideal not just for the fans that anticipate WC, but also for the player himself and even for Man Utd. Fans find something to do while football matches are off TV, Ronaldo has once again become the centre of the football world’s attention and MU will have time to think about what to do with the player this winter.

“I’ve done it recently, but that’s between me and Cristiano. Cristiano asked me to do it, simple as that. I didn’t ask him, he asked me. I think it’s no secret that Cristiano felt a build-up of deep frustration about what’s been happening at United over the last year. Cristiano has got a lot to say about the Glazers that I haven’t put out yet. He’s not impressed with the United owners.”

“Cristiano felt it was time to speak out. He knows it was going to be incendiary, he knows this is going to rattle some cages, but he also feels that he should be doing this. He knows people will criticize him, but he also knows that what he’s saying is true. Sometimes the truth hurts.”

“As he makes the point in the interview repeatedly – he loves MUFC, he loves the fans… But what he’s come back to, in his view, is a stagnated club which hasn’t moved on at all from where he left it. He can’t understand why not. He feels if he doesn’t speak out, nothing will change.”

“Ever since Sir Alex Ferguson retired, Manchester United have stagnated and become a mediocre club. Everyone knows that. Ronaldo is right in his criticism.”

Man United are, of course, very displeased with the player’s interview, but are not doing anything about it yet.

“The club will consider its response after the full facts have been established. Our focus remains on preparing for the second half of the season and continuing the momentum, belief and togetherness being built among the players, manager, staff, and fans.”

Ronaldo’s actions are believed to have destabilised the situation while there is unity among the other players. Another source said that the Man Utd players “have not allowed Ronaldo’s tantrums to distract them”.

The Mancunian management will discuss possible action against the Portuguese, with Eric ten Hag, club chief executive Richard Arnold, sporting director John Merto and club co-owner Joel Glazer set to meet to decide on certain measures to be taken against Cristiano. It is reported that it will be Ten Hag who will have the final say, he has the full backing of management. Sources say that, not only the coach and the management, but also teammates feel frustrated about the interview. They are very disappointed with the style of presentation and the timing of the publication and do not understand why the main star of the club said all this.

Various options are being considered for punishment against the Portuguese, who gave the scandalous interview. Among them is the termination of the player’s contract by mutual agreement. This is possible if Cristiano does not claim the payments due to him until the end of the season. CR7 is still entitled to about £12 million in salary on a contract worth £450,000 a week, and so far he has not shown that he is willing to part ways with a settlement by mutual consent. The club fear that the Portuguese will still request the rest of his wages, so will not escalate the situation.

No decisions have been made yet, but the club approached lawyers on Monday for legal advice. United also have the right to impose a maximum fine of two weeks’ salary on Ronaldo, which would amount to approximately £900,000. Either way, the Red Devils will try to handle the situation as thoroughly as possible – they have enough time.

“Total and absolute focus on the work on the national team. A united group, towards a single objective: to make the dream of all Portuguese people come true!”

said Ronaldo in his most recent activity on social media.

Most probably the sides will finally terminate the contract this winter (which is still the best option for both the player and the club), but where can the football star go?