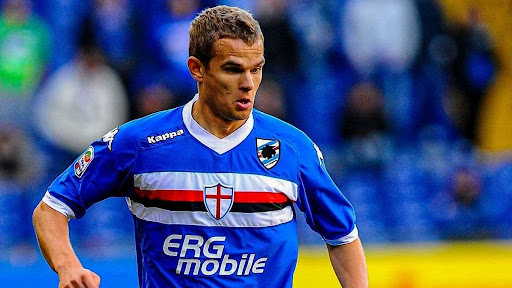 Vladimir in action for Sampdoria

Two-time ISL champions Chennaiyin has signed former Sampdoria and Monaco midfielder Vladimir Koman on a one-year deal until the end of the 2021-22 Indian Super League season.

After signing for the Marina Machans, Vladimir said,

“I’m happy to join Chennaiyin because it’s a completely new atmosphere for me and a new experience. I would like to do my best to help the team to be successful and make the fans proud and happy.”

After starting his career with Hungarian club Szombathely, Vladimir joined Sampdoria as a 16-year old and donned the captain’s armband by the end of his 7-year stay with the club.

The 7-year stay with the Italian club also included loans to Avelino and Bari in search of more regular game time before permanently leaving for then Ligue 2 club AS Monaco. The short 6-month stay with Monaco ended as Vladimir left for Russian club Krasnodar ahead of the 2012-13 season.

Have a look at what the skillful midfielder was producing less than a decade ago in the UEFA Europa League.

After a couple of seasons, Koman decided to sign for Hungarian club Diosgyor but Turkish club Adanaspor came calling for the midfielder after just one season in his homeland.

In the 2017-18 season, Vladimir enjoyed his best ever season scoring 2 goals and providing 4 assists in 17 TFF First League appearances before leaving for Iranian club Sepahan.

Chennaiyin co-owner Vita Dani talked up the experience of their last foreign signing and hopes that he will bring the club their third ISL trophy.

“Vladimir is the perfect end to our foreign signings. He’s an experienced player who has represented Hungary and turned out in top leagues.”

The Chennaiyin head coach Bozidar Bandovic decided to keep his words to himself as the manager feels that the career of their latest signing speaks for itself.

“Anything to say about Vladimir is superfluous. His career says it all about him as a player and as a character.”