The Mariners will now face Sergio Lobera’s Mumbai City in the final and compete for the prestigious trophy at the Fatorda Stadium on Saturday.

ATK Mohun Bagan manager Antonio Lopez Habas made two changes to the team that drew against the Highlanders in the first leg of the semi-final. Sandesh Jhingan and Tiri came in for the benched duo of Prabir Das and Marceinho. The Highlanders manager Khalid Jamil also made two changes to his team from the first leg as Benjamin Lambot and Nin Dorjee made way for Idrissa Sylla and Mashoor Shereef.

The match was an end-to-end affair from the first minute as last match’s goal scorer Williams took a shot from long range in the first thirty seconds which ultimately went into the stands. Javi Herandez also took a shot from 25 yards in the third minute but his effort unluckily hit the post as the Mariners failed to open the scoring on the night.

In the 38th minute, Krishna sent Williams through on goal and the first leg’s hero hit the top right corner of the back of the net to give the Mariners’ the lead once again in the crucial tie. Before the half-time break, Hernandez headed the ball wide, and then Lalengmawia’s header was blocked as well as Habas was happy to go into the interval with a lead in hand.

A minute after the hour mark, Williams returned the favor as he laid the ball on the plate for Krishna whose wobbly effort was cleared on the line by Shereef. Hernandez also hit the ball into the side netting after a few minutes. 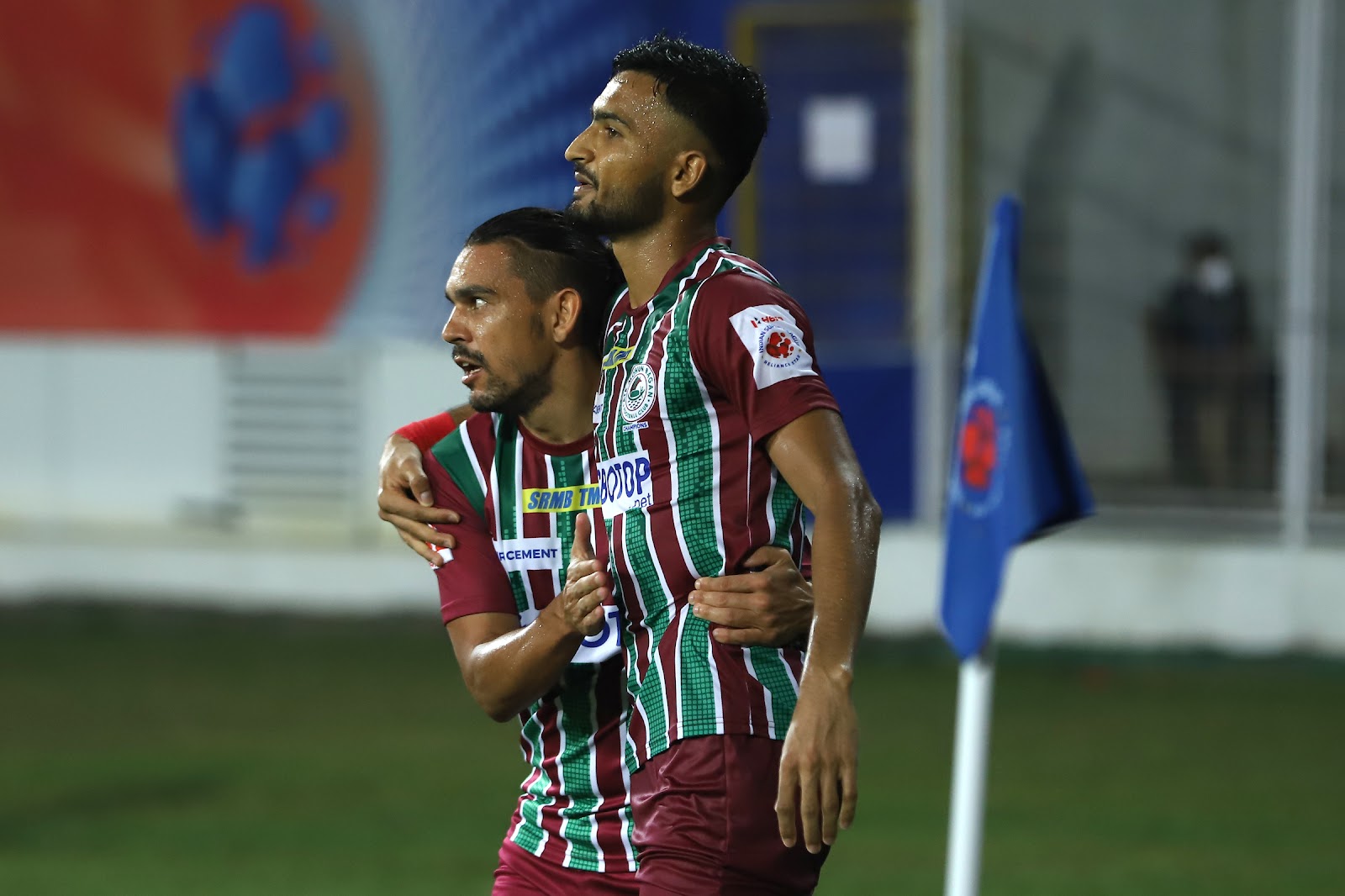 Krishna got another assist in the match as his pass to Manvir Singh was followed by a solo run from the halfway line and the former Goa forward beat Gurjinder Kumar and Shereef before beating Roy in goal. The 25-year old forward scored his 6th goal of the season and first-ever ISL playoffs goal to double the Mariners’ advantage in the semi-final. 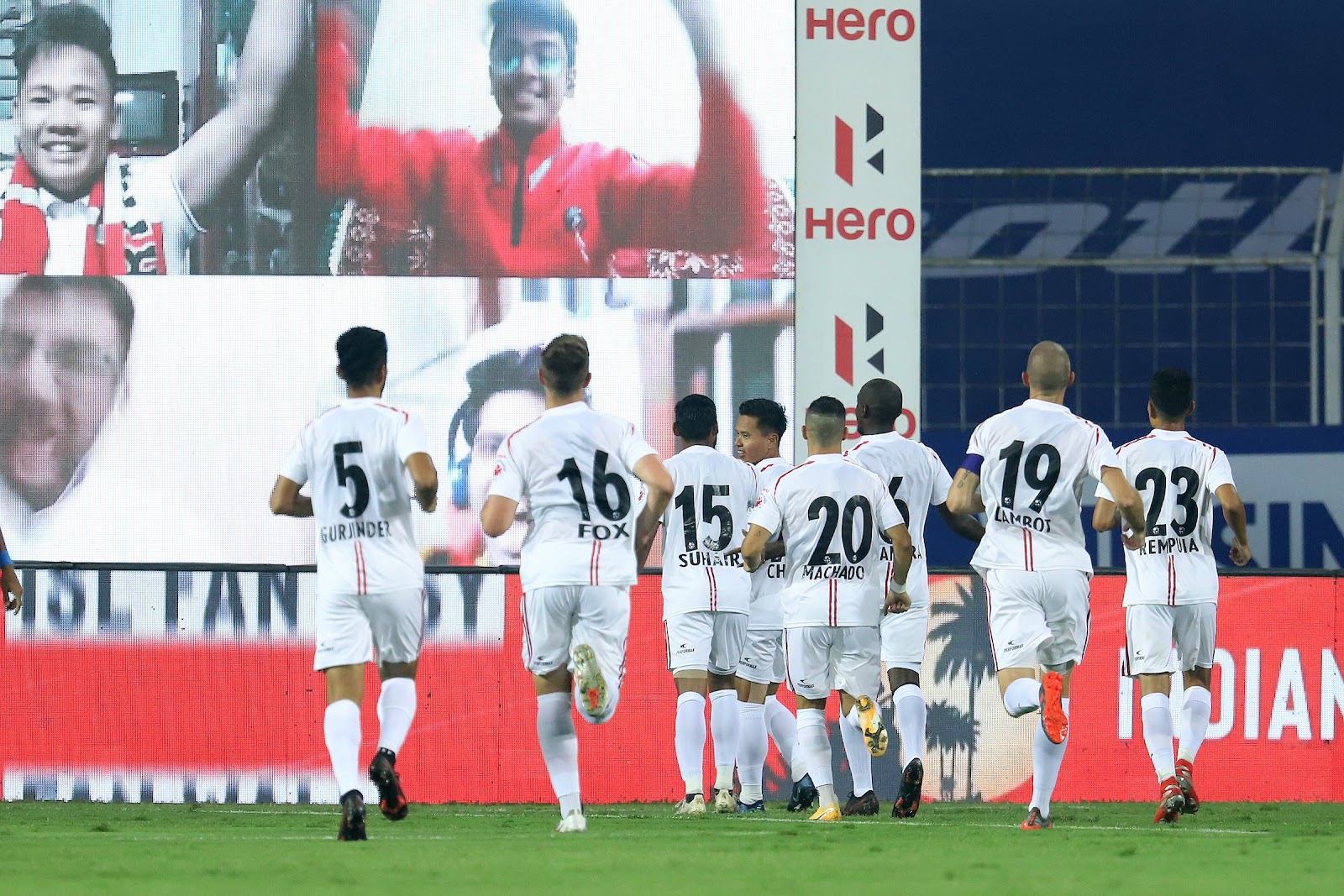 Just after a gap of five minutes, Arindam’s scrappy save allowed VP Suhair to head the ball in the back of the net from the edge of the 6-yard box bringing the Highlanders back into the match.

In the 81st minute, Subashish Bose clumsily fouled Idrissa Sylla in the box but Machado skied his effort from the penalty box breaking all Highlanders’ hearts across the country.

Manvir tried to put the game to bed in the 90th minute but his effort from a tight angle forced skipper Roy to make a save at the near post keeping NorthEast United in the match. In the dying seconds of the match, Krishna skipped past Ashutosh Mehta before setting up Michael Regin who hit the ball over the crossbar.

NorthEast United failed to make it to the ISL final once again as ATK Mohun Bagan qualified for the finale in their first-ever season in the league.

Antonio Lopez Habas’ team will face the Islanders at the Fatorda Stadium on Sunday in a one-off match that will decide which team lifts the ISL 2020-21 trophy.