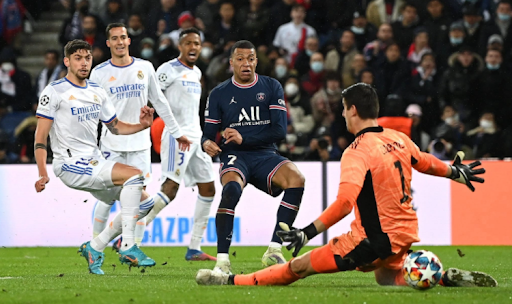 Seventy touches, seven shots, four dribbles, a penalty won and a match-winning goal for Paris Saint-Germain – we seem to be witnessing an immediate generational transition as Lionel Messi pales in the shadow of the brilliant Kylian Mbappe, the hero of the match.

The early Champions League final between PSG and Real Madrid had a million intrigues inside. There was the confrontation with the Los Blancos of their former player Sergio Ramos, who ended up not being included in the first leg squad due to injury (he was only on the pitch twice this season). And the appearance against Madrid of their, most likely, future star Kylian Mbappe. And Messi’s clash with Real Madrid, the Argentine’s most bitter rival in the last 20 years of his career. And even a coaching duel amid information launched by a French publication that Carlo Ancelotti could give up his place to Mauricio Pochettino if the season does not end well.

But the main course of the Champions League ‘restaurant’ was still the Game itself. Two great teams, despite all their troubles, had to give the fans bright, productive football. PSG are without Neymar in the starting line-up. The Brazilian, “rested” for 63 days because of an ankle injury, managed to recover for the Champions League play-offs, but started the meeting on the bench. Real Madrid enrolled Karim Benzema: the Frenchman picked up a hamstring injury three weeks ago and missed three games but they have still got the striker back on his feet in time for the trip to Paris.

Real Madrid looked the favourites in this fixture, maybe only because of their richer history, still, PSG dominated the field. By the 45th minute, Paris had six shots on 60-70% possession, while Madrid had zero! The Creams acted as if they were planning to decide everything at the Santiago Bernabeu and at the Parc de Prens they were settling for a draw. But it is unlikely that Carlo Ancelotti was instructed to play in a “just in case something bad happens” style. It was Pochettino’s team’s efforts alone that lock the opposition in their half.

41% of the action in the match went to Real Madrid’s third. This is something the Madrid side have not allowed since at least the 1/8th final of the 2016/17 season.

Having possession of the ball, PSG were changing the scheme. The full-backs Achraf Hakimi and Nuno Mendes went high and gave width. The young Portuguese (currently on loan and could be bought in July for €40m) was particularly impressive. He saved difficult balls, had nice dribbles, gave good passes and had time to get back to help the defence. Hakimi and Mendes, on the other hand, were backed up by third centre-back Danilo Pereira. Angel Di Maria and Mbappe were transformed into forwards and Messi into a free artist. Leo could even drop down to centre-backs for the ball.

But we wouldn’t say that Messi was doing much, on the contrary: there was a lot of mistakes and a lack of sharpness.

PSG’s best chances came from the best youngster of the world Mbappe, who at first in one episode shook off Dani Carvajal to make a potential assist. And in another episode of the first half, he slipped past Carvajal again after a cut-back cross from the centre of the pitch: Madrid were fortunate that Thibaut Courtois was in a place like a warden. The visitors managed to make their first shot just before the break when the hosts loosened their grip a little.

With the start of the second half, PSG again turned their ‘rink’ full out. The Parisian merry-go-round was set in motion, with Mbappe getting a second real chance. A couple of quick touches in the Real Madrid penalty area were enough for Kylian to shoot towards Courtois from a deadly position. Unbelievable how the Belgian goalkeeper pulled the ball down, denying Mbappe a goal! It really was Courtois’ day. When, at the end of an hour’s play, Mbappe finally took away all the stamina from Carvajal which led to his mistake and a penalty for Paris. 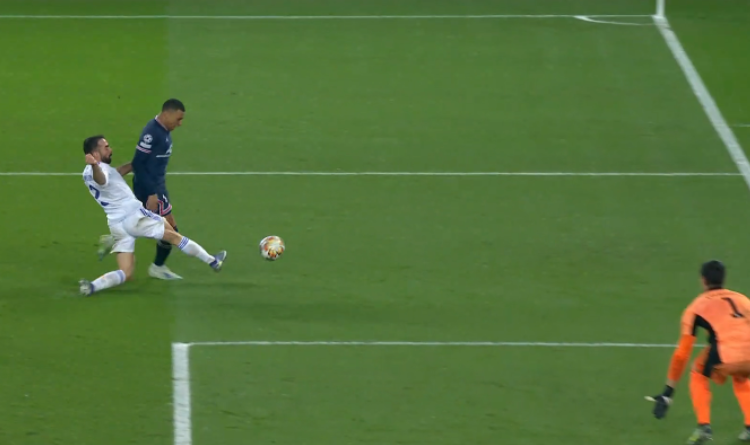 The defender is sliding in at breakneck speed, apparently thinking that a penalty is safer than a shot at that moment

Thibaut continued his magic by stopping Messi’s shot from the spot. It’s true, though, that Leo’s shot was mediocre. Could it be that even he, the man who has won almost everything in his career, cannot always cope with the pressure? By the way, fun fact: Cristiano Ronaldo scored against Brighton in the same minutes in the EPL, breaking his goalles streak.

There was more play in transition: Real were feeling there was a chance to score on the counterattack and win. Especially as PSG were pressing with 10 men and sooner or later they could have caught the Parisians on that. Pochettino, on the other hand, threw Neymar into the fray with 20 minutes to go, either to freshen up the attack or because he simply couldn’t keep the Brazilian out because of his status.

And Neymar had a part in Paris’s winning goal! The Brazilian himself could have scored if he had been accurate after the pass from Messi.

Still, he managed to assist Mbappe in the 94th minute. However, it seems that Kylian actually came up with the idea himself. He brazenly went into the penalty area, threw the ball between two defenders and sent it into the “house” of the goalkeeper. Even Courtois was powerless here – no chance. 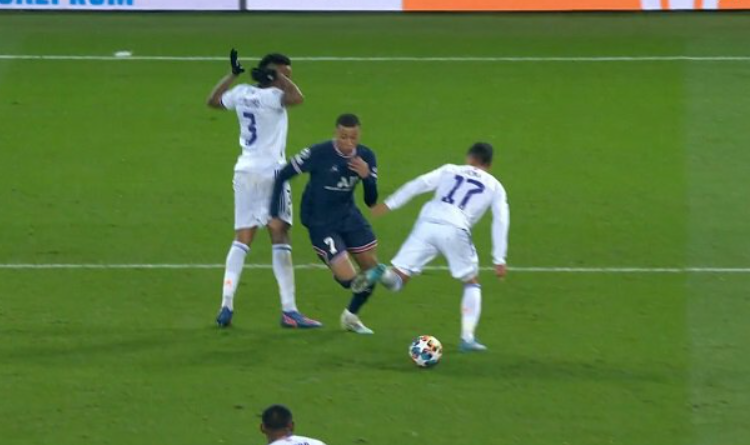 It all happened in a matter of seconds

After all, Mbappe became the main hero of the match, surpassing both the Real Madrid goalkeeper and Messi, who was more likely to “play” for Real Madrid that evening.

“Like the entire team, I was in the right rhythm. I tried to help the team as best as I could, to try to be effective in both attack and defence. I have been rewarded with this goal and I am very happy.”

said Mbappé after the match.

However, it will all be decided in Madrid, where Mbappe will be welcome in the summer, but not on 9 March. Real Madrid will have to win at home without Casemiro. The Brazilian earned a suspension after receiving a yellow card in Paris.

“I am very happy. The team’s performance was very good. We were generally better than Real; we deserved the victory. There is still one game left [in the tie] but it is important to have taken this first step. We cut off their passing circuits by pressing on their midfielders. We worked hard to stop them and recover the ball as high as possible while controlling the game well for 90 minutes.”

Don`t miss out 👉: Pep Guardiola about the Premier League: “I have never known this level before”