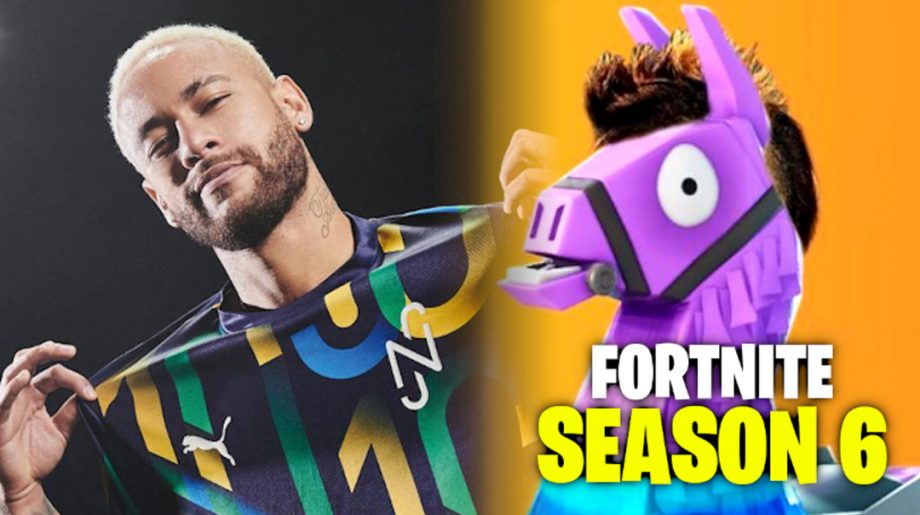 Fortnite is evolving, faster than anyone could ever think. Their long list of collaborations is only getting bigger every day, it seems. Brazilian football ace Neymar Jr. is the latest big name to come to Fortnite. With the Chapter of Fortnite Season fast incoming, the Neymar skin rumor only will hype up what is already an exciting fan base.

Fortnite’s developers, Epic Games, have tried their best to keep Chapter 2 – Season 6 under the wraps, something they always do ahead of each and every substantial game update. Now, with no more than only two days remaining until the much-awaited update launch, Epic Games has finally started dropping some hints online for the fans, in the form of teasers, to let them know what to expect.

The teaser-trailer dropped by Fortnite featured the proverbial Fortnite mascot named “Jonesy”, who was seen dealing with the aftermaths of the Zero Point battle of the last season of Fortnite (Season 5). Understandably, the teaser didn’t have much more to draw or dissect from it. But Twitter came to the rescue again. Game analysts revealed theories of an enthralling new crossover in the upcoming Fortnite update.

Twitter has an ever-growing list of game leakers and experts. They took to their tasks and completed post-mortems of the Fortnite Season 6 trailer. The famous Twitter account “@FN_Assist” revealed some new and interesting views on the similarities in representation and symbolism between the mascot and the professional Brazilian Olympic Gold medalist superstar, Neymar Jr. The ace footballer wears the number 10 shirt in most of his teams. And his favorite number appeared quite a few times in the teaser. What also appeared in the teaser was the design of the cup football in Brazil. According to the analyst, all the possible signs point towards only one direction. The theories didn’t take much time to go viral all over the internet, and It didn’t take much time for Neymar Jr. either to confirm the exciting collaboration with Fortnite.

Neymar swiftly replied to the teaser uploaded by Fortnite on its official Twitter account with the curious-eyes emoji, all but confirming the inevitable partnership between them. As of now, the only thing that is not fully clear is whether the PSG star will feature in the Fortnite Battle Pass only or he has a better and far more eminent role to play. We won’t have to wait too long to find out, though, as Fortnite Season 6 will be released as early as March 16. The official Fortnite x Neymar Jr partnership teaser video was also leaked online, just after the Fortnite leakers, fans, and followers connected the initial dots.

The excitement piles up for fans of the game, right before the start of its Season 6, and this Neymar Jr. news absolutely tops the list of new in-game celebrity partnerships in Fortnite. The game’s uprise in popularity will only be propelled further by this collaboration.

Enjoy the latest Fortnite updates and all things eSports, on the Parimatch News website.