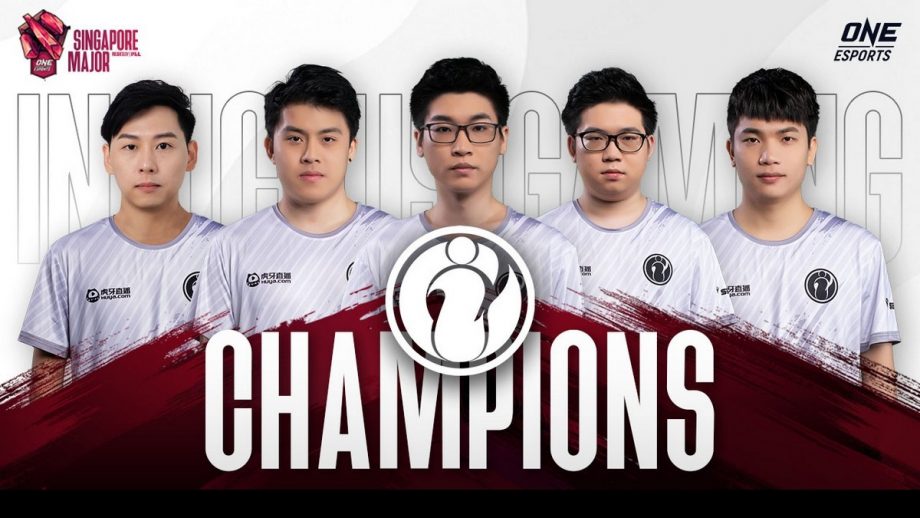 What a game! What a final! After the most competitive and breathtaking six hours of Dota 2 action in the ONE Esports Singapore Major grand finals, any fan of the MOBA game would be left wanting for more. But after the incredible five-game saga, it was Invictus Gaming, the organization based in China, pulled off a mind-blowing comeback to defeat the Evil Geniuses from the NA region and lift the Singapore Major trophy.

Although they were the deserved winner at the end, Invictus Gaming looked uncharacteristically shaky at the beginning of the grand final series. The first two games were both won by Evil Geniuses, that too quite convincingly. But the Chinese Dota 2 aces showed some pure class and resilience to turn things around, as they took all the remaining three games of the series and triumph in the end, under extraordinary circumstances. 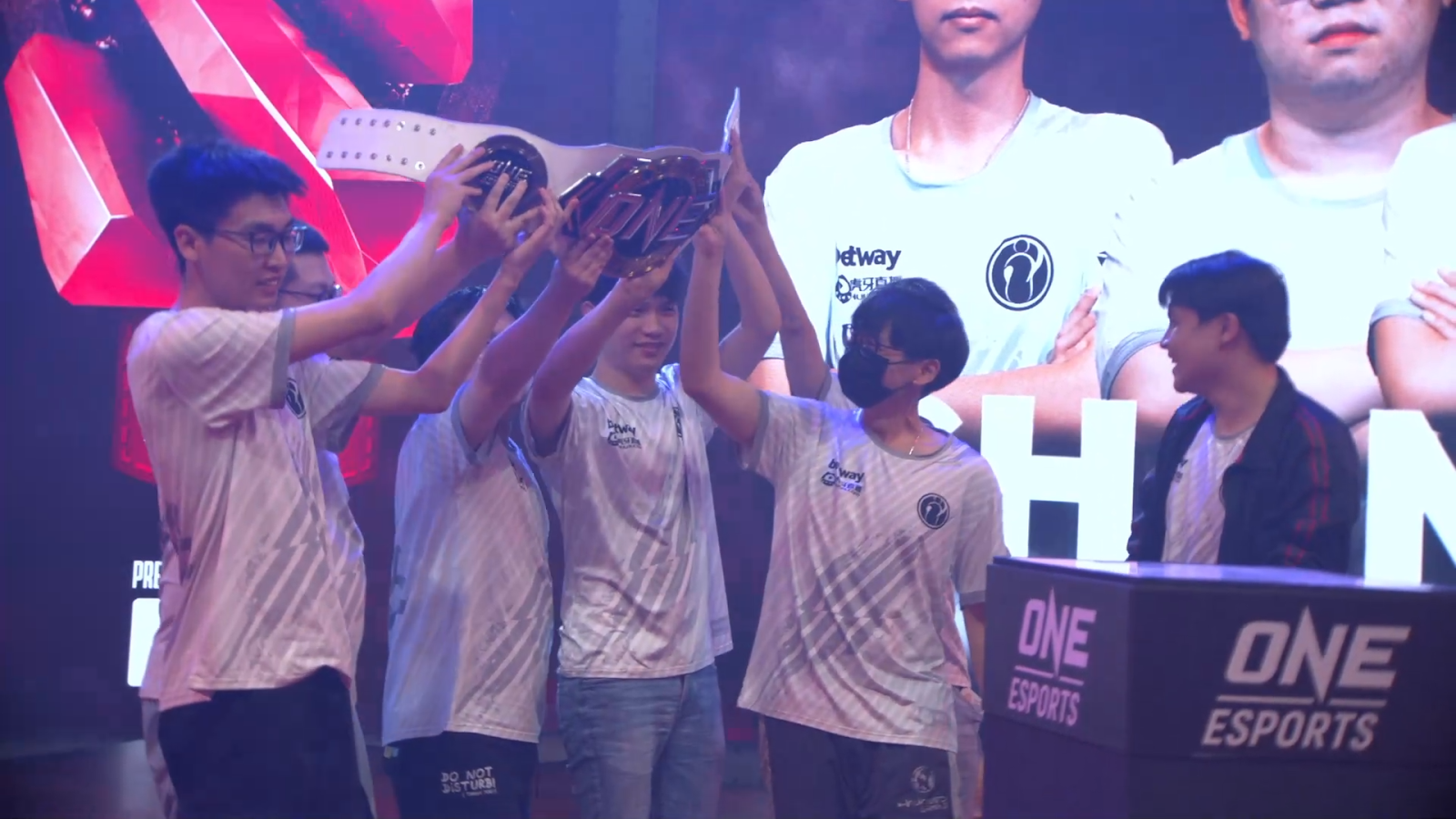 The IG roster picks up the Singapore Major 2021 winning trophy

After the first two games, it might have seemed to Eg that their opponents were mere pullovers. In these two games, IG was only in an advantage for a total of 16 minutes, after almost an hour of Dota 2 gameplay. EG was 2-0 up and mustered a staggering combined kill advantage of 62-10.

But soon after, curving some kind of magic into their gameplay, the IG roster came back and took the EG lineup completely by surprise. They flew past EG’s topmost heroes like they weren’t even there. The sheer enthusiasm and force in their attitude were very much visible. Any eSports or Dota 2 follower who followed the game, had only one thing to say to the champions and their heroic comeback: “Take a bow, Invictus!” 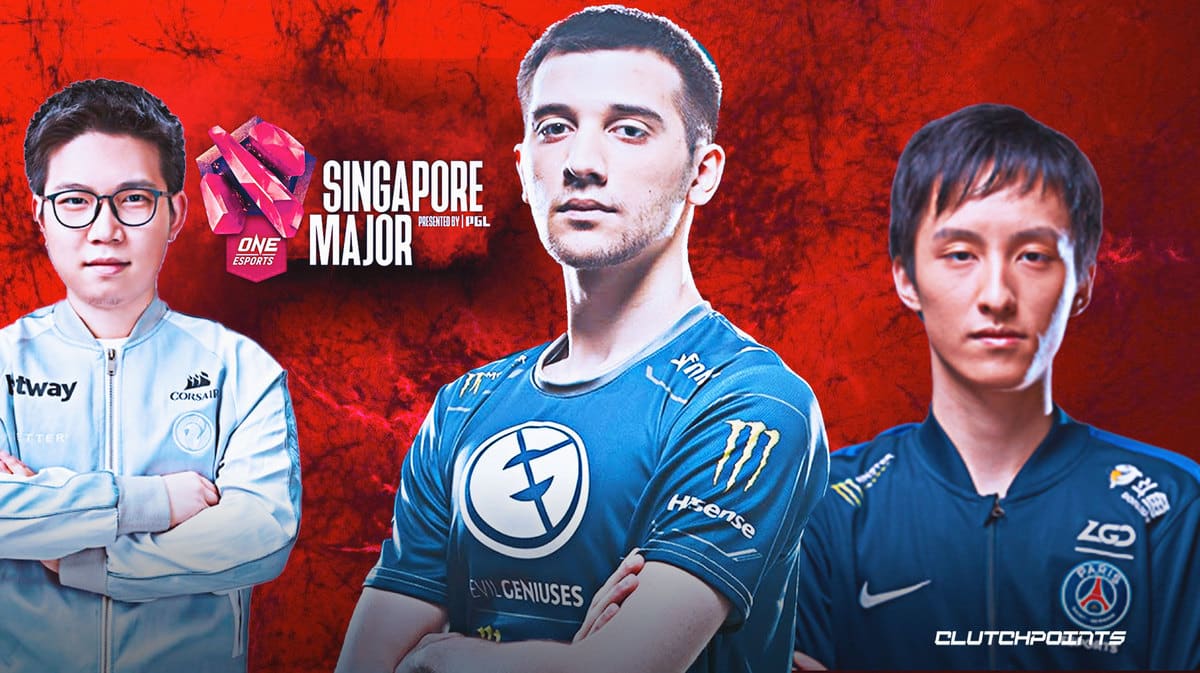 After winning the third and the fourth games, Invictus was looking venomous. But at the same time, they were extremely cool and relaxed as well. Their in-game captain or leader, FlyFly, along with his teammates, were seen laughing around before the start of the final game of the series. Whereas, the EG players looked demoralized and defeated even before the start of the game. Finally, IG shook off some early pressure from Eg to go on and finish them off and become the champions of the ONE Esports Singapore Major 2021, the most coveted Dota 2 tournament of the year.

It was a golden opportunity for Evil Geniuses, as no NA organization has won a Dota 2 Major till now. They were so close, yet so far! But a second-place finish is not a tiny feat either. They took home $100,000 as runners-up prize money, along with 450 precious Dota Pro Circuit points.

Invictus Gaming has done China proud! The nation is developing a dangerously talented breed of gamers throughout the different titles, and this triumph is only a sneak-peak into the potential the nation musters. IG was phenomenal in the whole event. On its road to the grand finals, they beat the likes of Thunder Predator, Team Secret, and PSG.LGD. By winning the championship, they have secured $200,000 as champions’ prize money, and also a stack of 500 Dota Pro Circuit points. Invictus now boasts a total of 1,000 Dota Pro Circuit points. They now also sit atop the Dota Pro Circuit 2021 rankings, moving onto Season Two.