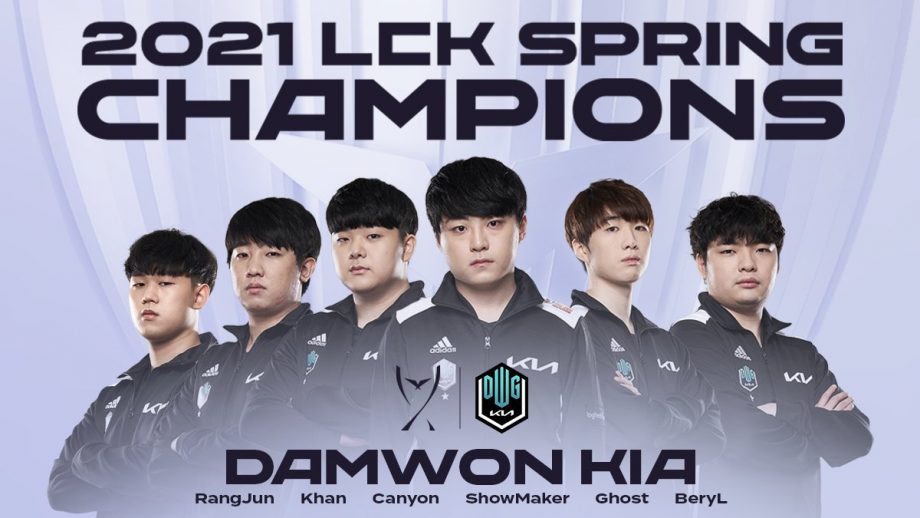 DAMWON KIA, the Korean League of Legends team that won last year’s LoL World Championship, has today become the champions of the LCK Spring Split 2021, beating Gen.G 3-0 in the finals. By sweeping away the formidable Gen.G side, DWG KIA has also booked its ticket to the Mid-Season Invitational (MIS) 2021, which is due to commence in Iceland later this year.

DAMWON started like kings. The whole roster played as if they meant business, right from the word go. In the first game, It was the bot duo from DWG KIA that stole the show. These two bot laners,  “Ghost” and “BeryL”, continuously pushed the lane in and created havoc on the opposition. In terms of battle action, Sion was the one who had the best engagements for DWG KIA, against a pretty strong Gen.G defense, which eventually had to give up. The bot laners disguised as Senna and Heimerdinger continued dominating and ultimately clinched the game for their side. All the carries of Gen.G got locked down, and the South Korean side raced on to the lead. 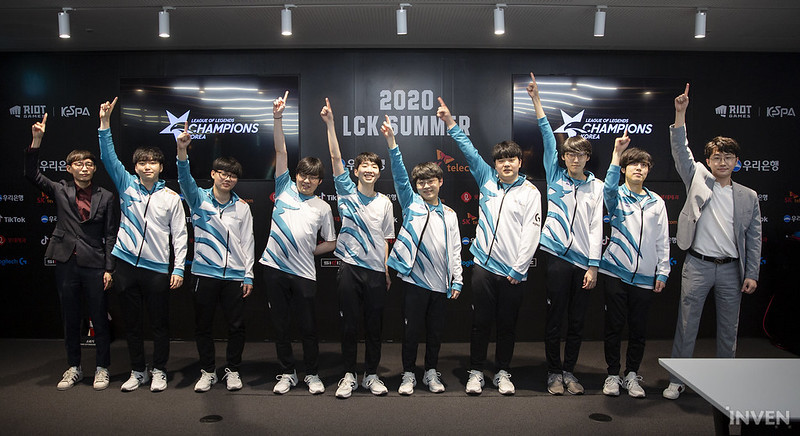 Game 2 was much more competitive, though, as both the teams were adamant to prove their worth. Depending on the shoulders of Ruler’s Tristana, Gen.G seemed to have made a comeback, form-wise, but that hope was soon diminished by DWG KIA. They came back in the game through Ghost’s Xayah, who was scaling even better than the rampant Tristana. Finally, Gen.G failed to protect the AD carry and lost the second game in a row in the finals. The pressure was certainly on them.

DWG KIA beat Gen.G 3-0 to complete a clean sweep in the final, and become the LCK Spring Split champions

Game 3 looked like a carbon copy of Game 1, as DWG KIA breezed past a seemingly tired Gen.G side. DAMWON’s sweep began with its roster member Canyon, who successfully pulled ganks on the dangerous Udyr. The team fights were boring at times, as DWG KIA dominated them from start to finish. Eventually, they took the Dragon Soul, as well as Baron Buff. At that point, Soon after that, they closed out the game, winning the series comfortably by a 3-0 scoreline.

By winning this championship, DAMWON KIA becomes one of the highest-rated League of Legends eSports teams in the world. The roster is full of omnipresent threats. If this form continues, they will also stand a huge chance of winning the Mid-Season Invitational 2021.