The Lucknow Super Giants has aced it in the auction strategy, says Aakash Chopra 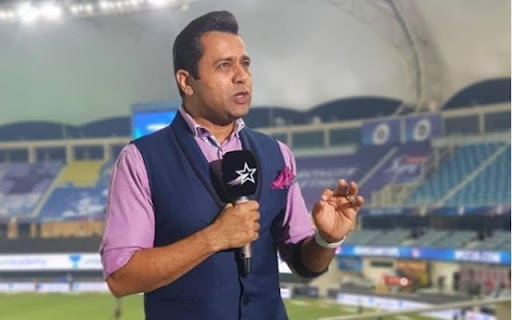 The newly-made Lucknow-based franchise has named KL Rahul, Marcus Stoinis, and Ravi Bishnoi in their draft pick and managed to bag some big names in the auction. The likes of Jason Holder, Deepak Hooda, Krunal Pandya, and Krishnappa Gowtham, all of whom can both bat and bowl makes them a strong combination.

Former Indian opener and cricket analyst Aakash Chopra is known for his critical analysis and when comes to the Indian Premier League (IPL), he does his homework pretty well. Chopra was part of cricket pundits at Star Sports during the broadcasting of the IPL 2022 mega auction on Tuesday and he went on to Twitter to share his view.

Chopra expressed in a tweet that from his point of view LSG has put together a fine combination. The debut Lucknow-based franchise has named KL Rahul, Marcus Stoinis, and Ravi Bishnoi in their draft pick and managed to bag some big names in the auction. The likes of Jason Holder, Deepak Hooda, Krunal Pandya, and Krishnappa Gowtham, all of whom can both bat and bowl makes them a strong combination.

Chopra lauded the team management, mentor Gautam Gambhir, head coach Andy Flower and owner Sanjiv Goenka, for their strategy throughout the auction. The former Indian opener figured out the biggest strength of the squad, which is having players on their side who can contribute with both bat and ball.

“It’s their first-ever auction, but @LucknowIPL have aced it in my opinion,”

Chopra posted on Twitter along with a video in which he explained the reason behind his high rating for the team.

“It is said that forming a team in your first auction is very difficult because you have to start from scratch and there is nothing that you can look back to. There are some franchises who can look back at the decisions that worked for them and there are some who learn from the mistakes and opt for a clean slate. Keeping that in mind, I think Lucknow Super Giants (in their first auction) did a phenomenal job. For me they are 9 on 10,”

Chopra also praised the team’s decision for getting an explosive batter like Quinton de Kock and for putting their bet in pacers like Mark Wood, Dushmantha Chameera, and Avesh Khan which can become a long-term investment.

“Almost all key players can contribute with bat and ball and can be rotated in the batting order. That gives them a lot of depth in batting and the bowling attack also has a lot of variety,”