Playing hosts to ICC World T20 champions Australia, Sri Lanka lost the T20I series 2-1. The Lankan Lions set a target of 129 for the Aussies in the first fixture, which the visitors chased without conceding a single wicket. Sri Lanka lost the second T20I match against Australia in Colombo after the Aussies chased down 125 with three wickets in hand. Sri Lanka was set for a whitewash in their backyard but the Lankan Lions mounted a comeback in the final three overs to salvage a consolation victory.

Pathum Nissanka (6/10) – Nissanka played the anchor for Sri Lanka in the powerplay of the first and third T20I but had to depart in the third over itself of the second T20I.

Danushka Gunathilaka (6/10) – Gunathilaka made the most of the gap in the powerplay of the first and third T20Is to score some boundaries but departed to the pavilion after scoring in single digits of the second T20I.

Charith Asalanka (7/10) – Batting at the pivotal No.3 position, Asalanka scored the most number of runs (103) for Sri Lanka in the series at an average strike rate of 119.76. Asalanka steadied the ship when Nissanka and Gunathilaka got out early in the second T20I and made the most of the foundation laid by the openers in the first and third T20I.

Kusal Mendis (5/10) – Mendis was a big flop in the first and third T20I as he couldn’t cross the double-digit mark in either of the matches. However, his 66-run partnership with Asalanka for the third wicket in the second T20I saved Sri Lanka some grace and helped the hosts put a decent total on the board.

Bhanuka Rajapaksa (3/10) – Rajapaksa had a disastrous start to the series after he was caught behind for a golden duck in the first T20I. In the remaining two T20Is, the Punjab Kings player combined to put only 30 runs on the board while hitting only one maximum.

Dasun Shanaka (8/10) – Shanaka was unable to open his account in the first T20I as he was one of Hazlewood’s three victims in the 14th over that also including Mendis and Rajapaksa. The Sri Lankan captain struggled to get going in the second T20I as his knock of 14 runs off 17 balls didn’t help his side a bit.

However, he single-handedly won the third T20I for Sri Lanka courtesy of his unbeaten knock of 54 runs at a strike rate of 216 that included five boundaries and four maximums.

Wanindu Hasaranga (8/10) – Hasaranga conceded 27 runs off his 2 overs in the first T20I, which included 19 runs inside the powerplay – the most expensive over in that match. 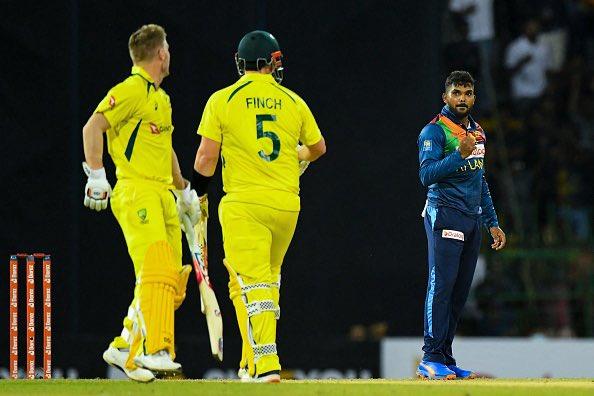 Wanindu Hasaranga made things difficult for Australia in the second T20I

However, he made a valiant comeback in the second T20I by scalping four wickets with the likes of Maxwell, Agar, and Marsh failing to read his googlies before sending back the dangerous-looking David Warner to the pavilion. Hasaranga took the prized wicket of Maxwell in the third T20I and conceded only 33 runs off his four overs to restrict Australia to a total of under 180.

Chamika Karunaratne (3/10) – Karunaratne conceded 52 runs off his five overs in the series while failing to pick a single wicket. The bowling all-rounder couldn’t do much damage with the bat either as he scored just 15 runs from three matches.

Dushmantha Chameera (4/10) – Chameera was the most expensive of the Sri Lankan bowlers as he threw away 125 runs off his 12 overs while scalping only one wicket the entire series. 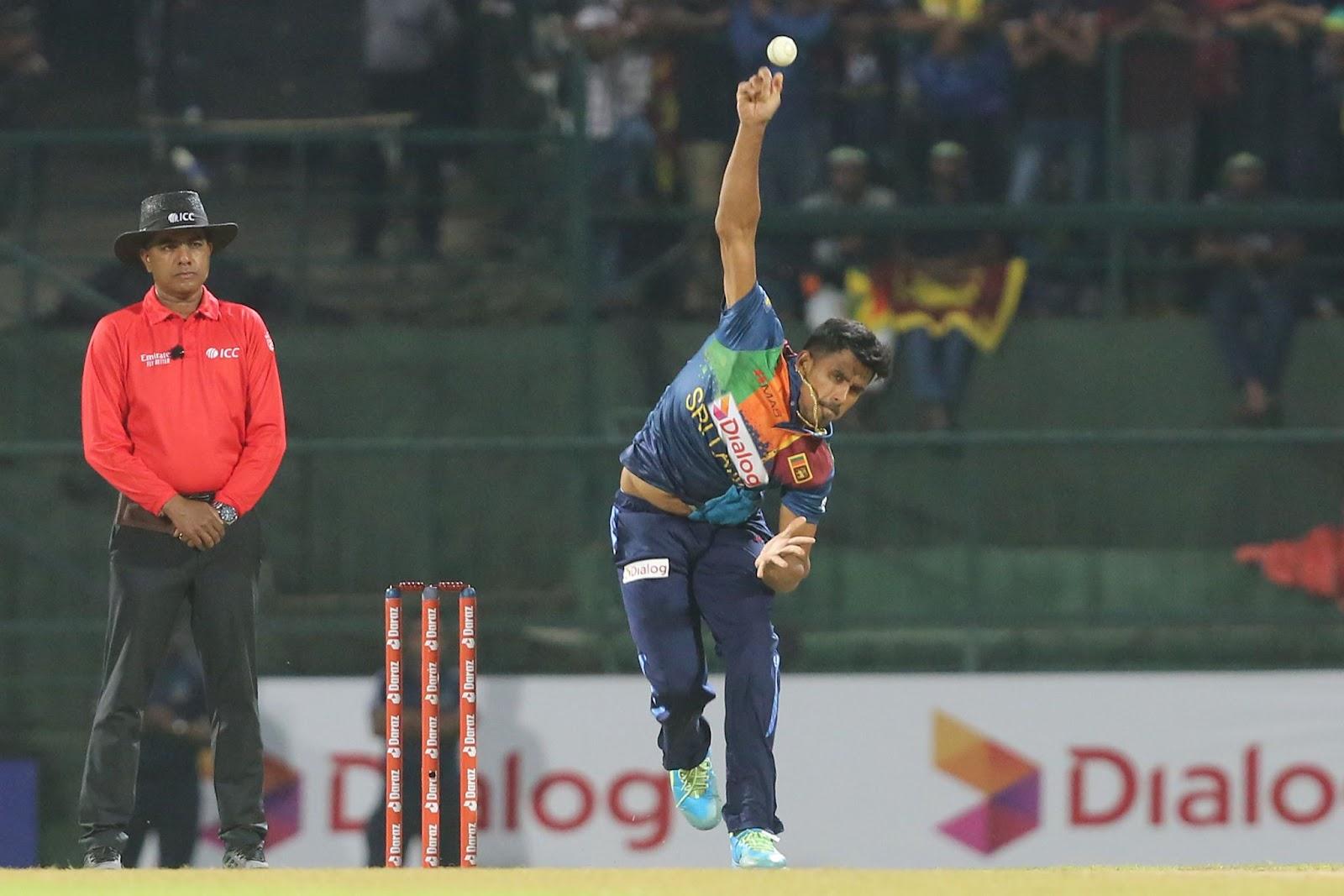 Maheesh Theekshana was the most economical bowler amongst the Sri Lankans

Maheesh Theekshana (7/10) – Theekshana was at his economical best in the series as he conceded only 79 runs from his 12 overs, which included bowling some crucial dot balls inside the powerplay. Finch and Warner were unable to pick his wrong’un’s in the third T20I which resulted in their downfall.

Nuwan Thushara (3/10) – Thushara’s slinging action didn’t aid him much in the series as he was able to pick only one wicket from the two matches he played. Having bowled two overs each in the first two T20I’s, he was dropped to make way for an extra spinner in the form of Praveen Jayawickrama for the last T20I. Praveen Jayawickrama (3/10) – Unlike Theekshana and Hasaranga, Jayawickrama failed to weave his magic in the third T20I which saw him concede 43 runs while picking only one wicket from his spell of four overs. Warner and Stoinis had a crack at him before the latter got stumped after hitting him for two boundaries and a maximum in an over.