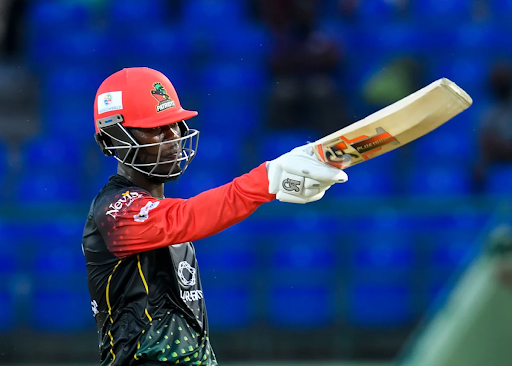 Sherfane Rutherford had a memorable run in the CPL 2021 edition

Indian Premier League (IPL) 2021 team Sunrisers Hyderabad have been depleted further after the return of Sherfane Rutherford to his hometown in the Caribbean, following the death of his father. Rutherford had recently joined the Sunrisers Hyderabad (SRH) team as a replacement for their English wicket-keeper batsman Jonny Bairstow, who had pulled out of the second leg of IPL 2021 being held in the UAE citing his workload.

“The SRH family conveys its heartfelt condolences to Sherfane Rutherford and his family on the passing away of his father. Sherfane will be leaving the IPL biobubble to be with his family in this difficult hour,”

The Caribbean cricketer has prior experience of playing in the IPL as he represented Delhi Capitals in IPL 2019. He was one of the star attractions in the recently concluded Caribbean Premier League (CPL), and despite having a successful tournament, he was not selected in the West Indies squad for the upcoming ICC T20 World Cup to be played in the UAE.

The exit of Rutherford certainly makes Sunrisers Hyderabad depleted further. The IPL 2016 champions are currently going through a terrible phase on and off the field, as they are placed at the bottom of the IPL 2021 points table with only one victory in eight matches and have also gone through a leadership change earlier this year. Sunrisers Hyderabad had replaced the regular captain David Warner with Kane Williamson which suggested that the camp was going through internal troubles.

Sunrisers Hyderabad are now without three of their preferred players since Bairstow did not tour the UAE for the IPL 2021 second leg and their star left-arm fast bowler T Natarajan was ruled out of action, owing to testing positive for the coronavirus. Sunrisers Hyderabad has brought in Umran Malik as a replacement for Natarajan until the India and Tamil Nadu fast bowler is ready to join the side.

Sunrisers Hyderabad will be taking on Punjab Kings in a contest between two teams who have 20 of promise but have not been able to deliver on a consistent basis. While Sunrisers Hyderabad are coming of a defeat by eight wickets at the end of Delhi Capitals, Punjab Kings suffered a narrow two-run loss against Rajasthan Royals in their previous match.