Shane Warne lauds the Indian off-spinner, wishes him luck to get 1000 Test wickets 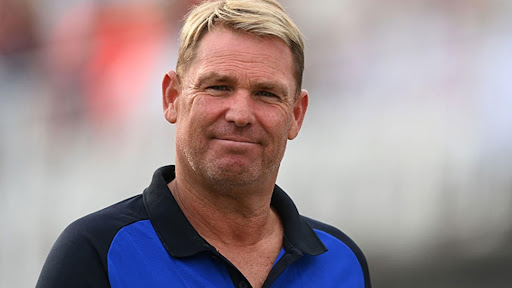 The Former Australian leg-spinner Shane Warne praises the Indian Ravichandran Ashwin and the Australian Nathan Lyon for being great off-spinners and wishes them good luck to cross the 1000 wickets milestone in Test cricket.

The Legendary Australian leg-spinner Shane Warne heaps praises on Ashwin, who is currently the third-highest wicket-taker in India’s Test history with 430 scalps to his name, and just four wickets away from equaling the great Kapil Dev (434), to get more than 1000 wickets in Tests.

The 52-year-old alongside the Indian Ravichandran Ashwin put his thoughts on the Australian Nathan Lyon for being the great off-spinner as well and wishes them good luck both for achieving the 1000 wickets milestone in Test cricket.

“I hope both Ashwin and Lyon do (break Warne and Muralitharan’s record), because the more we see quality spin bowlers bowling, it makes for more interesting cricket. I think when you watch a pace bowler bowl real fast and a batter trying to take them on and then you see a really good spinner and that battle between him and a spinner. And you see that battle evolve. If you can see those two things in Test cricket, I think it becomes more entertaining. So if we can have that, then I hope Ashwin takes 1000 Test wickets, Lyon takes 1000 Test wickets. That would be fantastic,”

Calling himself a big supporter of Ashwin, Warne said that the off-spinner has proved himself even away from home.

“Ashwin is getting better and better. He has been fantastic. A true test of any cricketer is how they go away from home. Over a long period of time when you go to different countries and see how you perform overseas and then you end up having a record – both home and overseas, it gives you an idea as to how far you’ve come as a player. I am a big fan of Ashwin, the way he bowls. I think he is always trying to develop and explore different deliveries,”

The 35-year-old, however, failed to put any impact during the series against South Africa in both the Tests and ODIs. India’s biggest issue of getting wickets in the middle proved true once again as India got defeated in Tests and clean-sweep in the ODIs.

Speaking about the Indian wrist-spinners Kuldeep Yadav and Yuzvendra Chahal, Warne said that both are great spinners and they haven’t been declined, they can make a comeback.

“I’m not sure they have declined. When you have Ashwin and Jadeja, two wonderful bowlers, it’s very hard to get into the team. Kuldeep is a wonderful wrist-spinner, so is Chahal. But it’s tough to get into the team when you’ve got Ashwin and Jadeja. So I don’t think they’ve had a downfall or anything like that, or drop in form. I just think the other two are doing really well,”

India’s upcoming assignment will be the limited-overs series against West Indies at home starting on February 6.