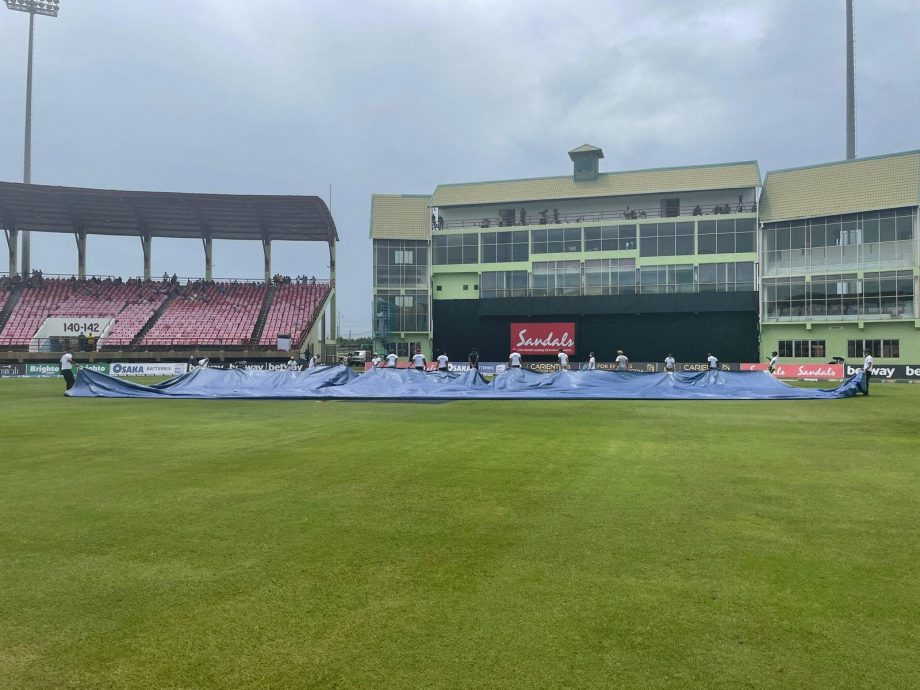 Another frustrating day for the spectators as the fourth and final T20I between Pakistan and West Indies succumbs to rain on Tuesday at Guyana.

Pakistan won the four-match T20I series by 1-0 and that was because of the result of the second T20 which became a nail-biter at the end and the rest of the three matches were washed out due to rain.

Windies Cricket and Pakistan Cricket Board agreed mutually to reduce one of five-match T20I series affected due to Covid-19 impact on Australia and West Indies ODI series.

The four-match series was crucial for both sides as the T20I World Cup is just around the corner and every team is focusing on as many shortest format games.

Earlier today, West Indies were asked to bat first in cloudy weather. Andre Fletcher welcomed Mohammad Hafeez with 14 in the opening over while Chris Gayle smashed 12 overs in the next over of Muhammad Wasim Jr.

Hassan Ali shifted the gear in the third over to give away only four runs before rain interrupted the play.

In the opener of the series, rain interruptions resulted in nine overs contest each side. West Indies after batting first reached 85/5 and before Pakistan could chase it started raining and the cover never came off.

In the second T20I, the game went to the final over which Pakistan won by seven runs. The third T20I saw just eight balls being bowled before both the sides were sent back to their dugout and the play never resume.