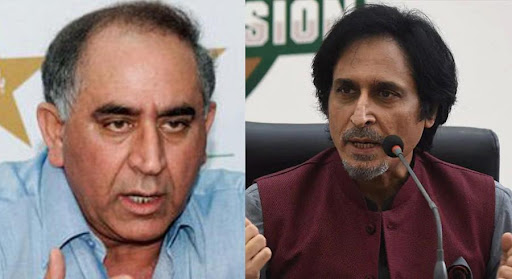 Former Pakistan Cricket Board (PCB) chairman Tauqir Zia slammed the political parties for interfering in cricket and also added a few suggestions for PCB to follow on.

Tauqir Zia, the former Pakistan Cricket Board chairman criticized the political parties of Pakistan to stop interfering in cricket and also gave several suggestions for PCB to follow.

“Our system has been like that and until or unless we change the system, nothing is going to happen. To force that change, you need to have a clear plan; whether there should be general elections or not,”

“I personally think politics should be completely eradicated from our sports, especially cricket. Change means implementing your own ideas and anyone who comes in after Ramiz Raja, will only take things backward because that is what change does,”

Criticizing the political parties, Tauqir claimed that “politicians should focus on running the country instead.”

Ever since the removal of Imran Khan’s government, the majority are requesting to make changes in the cricket department and the Tauqir also shared his opinion on the matter.

“Departmental cricket provides two main benefits; provides employment to cricketers and since more cricket is being played, you get to see more talent on display,”

“If you just want to employ the cricketers then that can be done by hiring the players as administrators, coaches, and trainers for more than the 100 grounds we have across the country,”

Lahore Qalandars have been working from the grassroots level on their cricket and PCB should take similar steps and join different academies with them as an optimal solution.

“PCB should also take a note from Lahore Qalandars’ book and can adopt that model too; they held trials throughout the country and that is how they came across talented players like Haris Rauf and Zaman Khan,”

“There are several academies which are only run by cricketers such as Rashid Latif, Moin Khan, Jalaluddin, Yasir Shah, and Abdul Qadir. PCB should collaborate with them to further polish the talent being trained in these respectable academies,”

The former chairman said that matches against India are more than welcome but they will not be running behind them to play cricket.

“BCCI has never refused to play against us. The problem lies on the government-to-government level. Both cricketing boards are currently run by former cricketers and both of them would want to promote cricket and there’s nothing better than seeing a Pakistan-India contest.”

Tauqir was accused of favoring certain players in the team including Shoaib Akhtar but he clarified the claims that he only supports those working for the betterment of the country at the national or international level.

“Anyone who possesses the ability to do something worthwhile for Pakistan, I am going to fully support them. I considered Shoaib Akhtar to be a match-winner and that is why I supported him throughout. Look how much he has achieved and he achieved it not because of me but because of Almighty,”

Akhtar’s bowling action came under the question after Tauqir’s resignation which lasted from 1999 to 2003 and the former accepted that if it had not been for the ICC president Jagmohan Dalmiya, the Pindi express may not have a comeback.

“I would like to add that back in the day Jagmohan Dalmiya played a crucial role for us and had it not been for him, Akhtar probably never would have made a comeback in international cricket,”