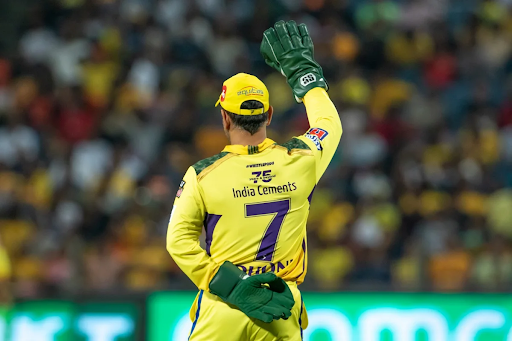 While the KL Rahul captained Lucknow Super Giants were able to get the better of Delhi Capitals, the legendary MS Dhoni returned two lead Chennai Super Kings once again in the IPL, guiding his team to a 13-run win in a high-scoring match against Sunrisers Hyderabad.

In the first match of the day played at the Wankhede Stadium in Mumbai, the Lucknow Super Giants continued to dominate more experienced teams as they recorded a narrow but convincing win against the Delhi Capitals. Batting first, the LSG side was propelled to a huge total of 195-3 in their 20 overs after KL Rahul (77) and Deepak Hooda (52) put on a century stand for the second wicket.

The right-handed LSG captain Rahul faced 51 balls and hit 4 fours and 5 sixers to make 77 whereas he was well supported by Deepak Hooda, who smashed 6 fours and 1 six to make 52 from 34 balls.  Shardul Thakur was the pick among the bowlers for Delhi as he took 3/40 from his 4 overs.

In their reply, Delhi Capitals lost their star opening pair of David Warner and Prithvi Shaw for cheap and could never recover from the early wickets.

Mitchell Marsh scored 37 and captain Rishabh Pant top scored with 44, and despite Axar Patel scoring 42 not out towards the end of the innings and Rovman Powell once again contributing with 35, Delhi Capitals fell short of their target on Saturday afternoon.

In the other contest — second of the day played at the Maharashtra Cricket Association (MCA) Stadium in Pune — Chennai Super Kings defeated the Kane Williamson-led Sunrisers Hyderabad by 13 runs on Saturday night.

Ruturaj Gaikwad missed his first century of the season by just one run as he was dismissed for 99, but his 182-run stand for the first wicket in the company of the comeback New Zealand batsman Devon Conway powered Chennai Super Kings to a high total of 202/2 in their 20 overs.

Ruturaj Gaikwad was back to his best, scoring 6 fours and 6 sixes to make 99 from only 57 balls, whereas the left-handed Devon Conway remained not out on 85 form 55 balls, hitting 8 fours and 5 sixes in the process.

In their reply, Nicholas Pooran led the reply for Sunrisers Hyderabad with 64 not out but his innings came way too late for the team which has shown incredible spirit of comeback in this IPL 2022 competition. Kane Williamson made 47 from 37 balls whereas Abhishek Sharma scored 39, but SRH batsmen did not have enough fuel in their system on Saturday night to go anywhere near the 200-run mark.

SRH eventually finished at 189/6 from their 20 overs, with the CSK left-arm seamer Mukesh Choudhary taking 4-46 and Mitchell Santner and Dwaine Pretorius taking one wicket apiece.