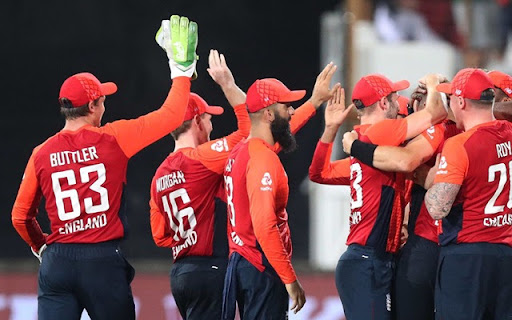 The England national cricket team has named their 15-member squad for the ICC World T20 2021 to be held in the United Arab Emirates and Oman.

Skipper Eoin Morgan will be leading the 15-member contingent that includes multiple world-class batsmen in Jason Roy, Dawid Malan, Jos Buttler, Jonny Bairstow, and Sam Bollings with James Vince included as the backup batsman for the tournament. Alex Hales has once again been omitted and will not be staging a comeback as some fans might have expected.

The all-rounder quartet of Moeen Ali, Liam Livingstone, Sam Curran, and Chris Woakes gives balance to the English squad with Ben Stokes the biggest absentee from the star-studded squad.

With Jofra Archer in surgery remission, Chris Jordan, Mark Wood, David Willey, and the in-form Tymal Mills will form the fast bowling contingent. Adil Rashid has been included as the wrist-spinner with Ali set to support him on the spin-friendly pitches in the United Arab Emirates. Daniel Lawrence and Tom Curran will also be traveling as reserves with Saqib Mahmood ignored from the 18-player list entirely.

England Men’s Cricket head coach Chris Silverwood opines that England has covered all their bases ahead of a crucial tournament despite the absence of star all-rounder Ben Stokes.

“We are excited about the prospect of challenging to win the ICC T20 World Cup. I believe we have selected a squad that covers all bases and has the depth to be successful in what is expected to be a very competitive tournament featuring the best players in the world.”

The 46-year old further talked about the resurgence of Tymal Mills and his return to international cricket in the shortest format.

“Tymal Mills deserves his inclusion and has demonstrated over the past couple of years, but particularly this summer that he has all skills to succeed at this level. His exceptional pace is a standout, and the way he has spearheaded Sussex and Southern Brave’s respective attacks in the short-form game has shown that he relishes the pressures of the big stage. He will add variety to our bowling unit, and we can’t wait to see him play in a major international tournament.”

The English team will be playing against Pakistan at the Rawalpindi International Cricket Stadium in a two-match T20I series preceding their two warm-up matches ahead of the 2021 ICC World T20.