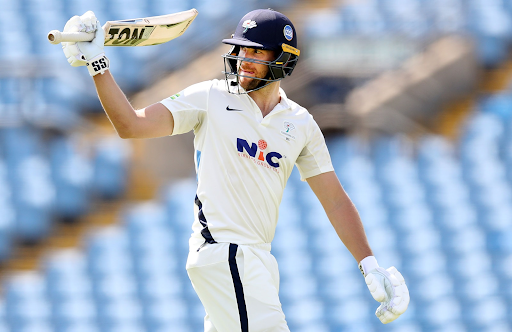 England have called upon their T20 specialist Dawid Malan to help them fight their troubles in the batting department which they have encountered in the ongoing cricket Test series against India, where they are trailing by 1-0 after losing the second Test match at Lord’s by a huge margin of 151 runs.

England were set a target of 272 runs to win and 60 overs by the Indian cricket team on the fifth and final day of the second Test, and the home team was bowled out for only 120 and 51.5 overs despite some inspired performances by their captain Joe Root, Moeen Ali and wicket-keeper batsman Jos Buttler.

It was, rather, a splendid performance by the visiting Indian cricket team whose bowlers did not allow the English batsmen to breathe easy at any point of time in their second innings. The home team was under tremendous pressure facing India’s fast bowling attack which consisted of Mohammed Shami, Jasprit Bumrah, Ishant Sharma and Mohammed Siraj as they all went on punishing England batsmen for being poor in technique and mindset during the match at the home of cricket in Lord’s.

England have been largely dependent on their captain Joe Root to get runs who has scored two centuries and a half-century so far in the series against India, whereas his lowest score was of 33 in the second innings of the second Test.

In order to come up better in the third Test against India which begins on August 25 to be played at Leeds, England have brought in Dawid Malan whereas they have gotten rid of the struggling right handed opening batsman Dom Sibley who failed to get any one score worth mentioning.

”Dawid Malan deserves his opportunity in the Test arena. He has a lot of experience across all formats and, if called upon, I am confident that he can come and do well. Dom Sibley needs some time away to regain his confidence after a challenging period.

“He will return to Warwickshire to spend time in the middle without the scrutiny and find some rhythm and confidence. Dom offers a lot of value to the Test environment and some time away should help him. However, he remains part of our plans.”

Silverwood said that England have also omitted middle order batsmen Zak Crawley from the squad for the third Test as they believe the right handed batsman needs to go back to the domestic circuit and work on his game. The England coach added that Crawley needs to be away from the heat of international competition and work on his shortcomings and as he remains a vital part of the English set up in the future.