End of an Era, Dale Steyn brings the curtain down on all forms of cricket 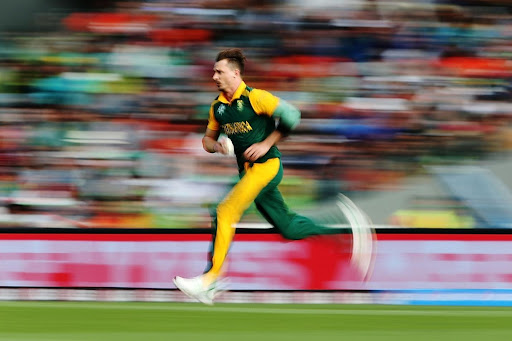 South African legendary pacer, Dale Steyn has brought curtains down on all forms of cricket on Tuesday, August 31. He had already retired from Test cricket in August 2019 to prolong his cricket career following several injuries.

His best figures – 6 for 39 – came in Port Elizabeth against Pakistan in 2013 as the pacer tormented batsmen both in Tests and limited-overs cricket.

In 2007, Steyn made his T20I debut against New Zealand, and in his second game – against West Indies – he registered career-best figures of 3-0-9-4.

His last ODI was against Sri Lanka in 2019 while the T20I against Australia in February last year turned out to be his last international fixture.

“And it’s been a long December and there’s reason to believe maybe this year will be better than last,”

Steyn said in his statement.

“I can’t remember all the times I tried to tell myself to hold on to these moments as they pass.

“It’s been 20 years since training, matches, travel, wins, losses, strapped feet, jetlag, joy, and brotherhood. There are too many memories to tell. Too many faces to thank. So I left it to the experts, to sum up, my favorite band, the Counting Crows.

“Today I officially retire from the game I love the most. Bittersweet but grateful. Thank you, everyone, from family to teammates, journalists to fans, it’s been an incredible journey together.”

After making himself unavailable for IPL 2021, Steyn stressed that he wasn’t retiring while his appearance was in the PSL in March this year.

In his career, the experienced pacer has faced a huge number of injuries. In December 2015, he injured his shoulder in Durban Test against England and got himself ruled out from the rest of the series.

He worked miracles to overcome his coracoid’s issue but unfortunately, he injured the same coracoids process during the Perth Test in 2016.

He did not give up and came back in 2018 for the Test series against India but only got a severe heel injury in Cape Town.

However, he made a successful comeback in Tests against Pakistan and Sri Lanka in 2018-19. Another injury interrupted his prolonged career and this time it was IPL 2019, which gave him a shoulder injury that cost him entry into the World Cup squad.