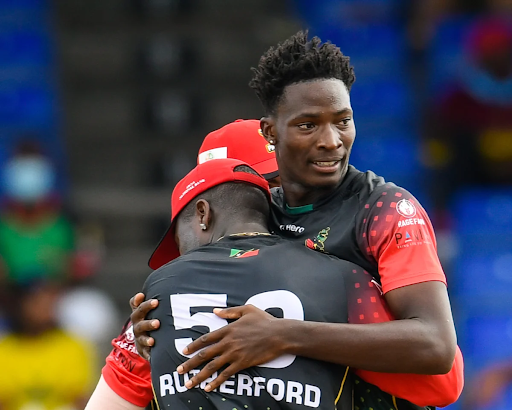 Three-time winners of the Indian Premier League (IPL), Chennai Super Kings (CSK) were able to confirm their top two finish in the IPL 2021 points table after Royal Challengers Bangalore (RCB) succumbed to a four-run defeat at the hands of Sunrisers Hyderabad (SRH) in the match number 52 of the ongoing tournament.

Royal Challengers Bangalore had a golden opportunity of finishing in the top two if they were able to beat Sunrisers Hyderabad on Wednesday night and had Chennai Super Kings lose to Punjab Kings on the following day. However, with RCB suffering a narrow defeat, their hopes to finish among the top two teams has been dashed.

As things stand, Chennai Super Kings are currently placed at the second spot in the IPL 2021 points table with 18 points in 13 matches after nine victories and four defeats. They are behind Delhi Capitals (DC), who are at the top of the pile with 20 points in 13 matches, having won 10 and lost only three.

On their part, Royal Challengers Bangalore have 16 points from 13 matches having won eight and lost five. Even though they have missed the opportunity of finishing in the top two, Royal Challengers Bangalore will be pleased with their effort so far since this is the second year on the trot that they have made it to the final four in the world’s toughest and biggest T20 cricket competition.

Meanwhile, Chennai Super Kings announced that West Indies all-rounder Dominic Drakes will be the replacement player for their injured English all-rounder Sam Curran for the remainder of the IPL 2021. Curran was ruled out of the IPL as well as the upcoming ICC T20 World Cup 2021 due to a lower back injury.

Drakes is already in the UAE since he was working with the Mumbai Indians as a net bowler. He will be able to join the Chennai Super Kings camp ahead of their last league match against Punjab Kings on Thursday, October 7. Drakes had played a key role in the victorious campaign for St Kitts & Nevis Patriots in the Caribbean Premier League (CPL) this year, under the captaincy of Dwayne Bravo, who is one of the most important players in the CSK camp.

A statement released by the Indian cricket board said,

“Chennai Super Kings have signed Dominic Drakes as a replacement for the injured England all-rounder Sam Curran for the remainder of the Indian Premier League (IPL) 2021. Drakes is an uncapped West Indian all-rounder who has featured in one First-Class, 25 List A and 19 T20 matches so far. He is a left-handed batsman and a left-arm medium pacer.”