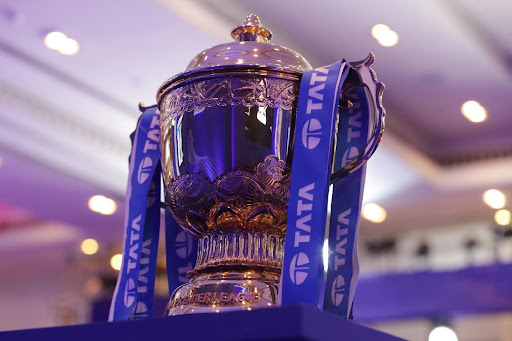 As per estimates by the management, the Wankhede Cricket Stadium will host the least capacity of 9800-10000 spectators

The upcoming edition of the Indian Premier League in Maharashtra is likely to host more than 25 percent capacity of the crowd at all the venues.

Although, the initial permission from the government was to only allow one-fourth of the stadium size, however, the Board of Cricket Control in India (BCCI) is confident that more fans will be allowed in the stadium as the league progresses.

The upcoming edition of the Indian Premier League in Maharashtra is likely to host more than 25 percent capacity of the crowd at all the venues.

“That is our understanding. Going forward the stadiums will have more fans than initial games,”

an office-bearer of the BCCI told Cricbuzz on Monday (March 21).

“With Covid cases coming down by the day, we are hoping more people will be in the stands.”

With the fans storming back to the stadiums, BCCI is also excited to host them well. It has expressed satisfaction with the presence of a large number of fans in the recent International games in Kolkata, Dharmsala, Mohali, and Bengaluru against West Indies and Sri Lanka.

“Team India has just wrapped an amazing home run with a clean sweep, first over West Indies team and now against the Sri Lankan team. The pink-ball Test in Bengaluru witnessed a full house and the team led by Mr. Rohit Sharma outperformed the opponents in all three departments,”

BCCI secretary wrote in a letter to the state units.

The BCCI also thanked the states for successfully completing the Ranji Trophy matches.

“I am pleased to share that we have successfully completed the first stage of the Ranji Trophy with the league stage being played across 20 grounds and stadia.

“It was important for our premier domestic tournament back on track and I thank you for your cooperation to comply with our health and safety protocols and for the understanding shown which enabled us to conduct the first leg without any major hurdles.”

The knockout matches of the tournament have already been scheduled to be played in Bangaluru from May 30 to June 26.

Meanwhile, the BCCI secretary invited the presidents and secretaries for the state units for the March 26 inaugural IPL game at the Wankhede.

“The preparations for the IPL have well and truly begun. The upcoming season is filled with exciting opportunities and the IPL will now have 10 teams. The cities of Lucknow and Ahmedabad have world-class cricketing stadia and deserved a team of their own. The fan base in these two cities and states will boost the reach and popularity across India even more. Our fans have been devoid of IPL action. I am glad they will be back this time adding to the excitement,”

he wrote in the invite.

“They could have batted England out of this contest,”