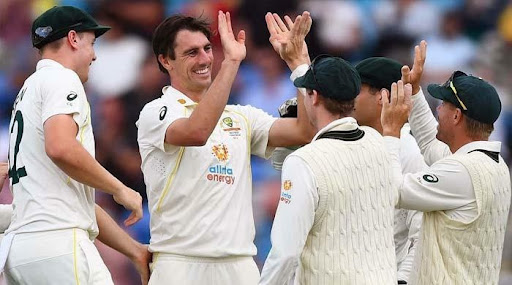 Pakistan Cricket Board (PCB) is happy that cricket Australia has announced its full-strength squad for the upcoming tour to Pakistan while PCB chief operating officer Faisal Hasnain said the announcement assures them that the series would take place as scheduled.

Pakistan Cricket Board (PCB) is delighted that Australia has announced their full-strength squad for the upcoming tour amidst anxiety that a few top players may skip the tour to the country.

The terrorist attack happened in 2009 at the Sri Lanka cricket team bus in Lahore and after that, no one come to tour Pakistan till 2019. PCB’s chief operating officer Faisal Hasnain said the announcement assures them that the series would take place as scheduled.

“It is indeed good news for Pakistan cricket and fans that they have announced a full-strength squad as they were afraid some of their players might skip the tour,”

Australia will tour Pakistan for three-Test, three ODIs, and a T20I which is scheduled to play between March 3 and April 5.

He is hopeful that once Australia completed its tour it would open the doors for full international cricket to return to Pakistan including test series against big teams and ICC and ACC events as well.

“This should be a big series as Australia have won the World T20 Cup and the Ashes convincingly and Pakistani players featured prominently in the ICC awards and teams last year,”

He said every effort would be made to make the tour a success and included that PCB was constantly in touch with the government and also Cricket Australia.

Australia test skipper Pat Cummins on Thursday had confirmed most players were comfortable with the tour to Pakistan while understanding and accepting a few may not make the trip.

Now, Pakistan will have a very busy schedule in the upcoming months because they will host the team Australia, New Zealand, and England in the time from March 2022 to April 2023.

It must be noted that this will be Australia’s first tour of Pakistan since 1998. They will play three tests, three ODIs, and a T20I.

Australia last visited Pakistan in 1998 under the captaincy of Mark Taylor and have since then played Pakistan home series only at neutral venues including a test at Lord’s, Headingley, Colombo, Sharjah, Dubai, Abu Dhabi, etc.