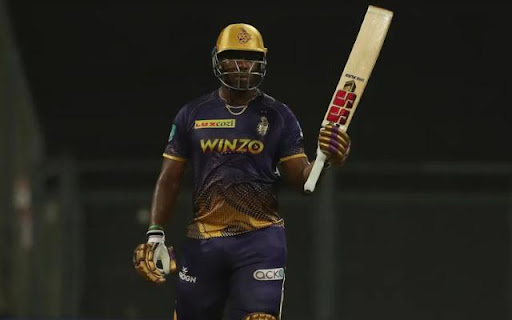 Andre Russell will play for Trinbago Knight Riders in CPL 2022

Trinbago Knight Riders have signed Andre Russell and Nicholas Pooran for the 2022 edition of the Caribbean Premier League. Meanwhile, the franchise has also gone on to retain Kieron Pollard and Sunil Narine.

Thus, this will mark the first time in the tournament that powerhouses Russell and Pollard will be playing together for the same cricket franchise.

The six franchises of the league on Monday announced the pre-draft retentions and signings for the upcoming season, with a maximum of seven players in each team.

The 2022 season saw two pre-draft windows. In the first window, each team were allowed to retain up to five Caribbean players with only two from the top-five salary spots.

In the second window, teams were allowed to sign two more local players. These could include new signings from those who were not retained by other teams or players who appeared for that team in the previous season.

Except for Guyana Amazon Warriors who retained six players and Jamaica Tallawahs who retained five, all the other franchises have used their full quota.

Two-time champions Jamaica Tallawahs retained only three players – captain Rovman Powell along with Kennar Lewis and Shamarh Brooks. They also went on to sign Brandon King and Fabian Allen to strengthen their squad ahead of the upcoming CPL season.

On the other hand 2014 and 2019 champions, Barbados Tridents have gone on to retain skipper Jason Holder along with Kyle Mayers, Hayden Walsh, Oshane Thomas, and Nyeem Young before signing Obed McCoy and Devon Thomas.

The 2022 season of CPL is set to begin on August 30 and the final will be held at the Providence Stadium in Guyana on September 30. This will also mark the first time that CPL Final will be staged in Guyana after a three-year staging agreement between the Guyanese government and the Cricket West Indies officials.