Gujarat Giants vs U Mumba: Preview and Prediction  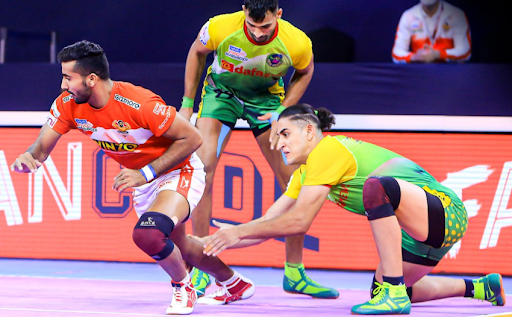 The Gujarat Giants will be up against the U Mumba in one of the most important games of their campaign in ‘Match 130’ of the Pro Kabaddi League Season 8.

Both sides want to make their way into the playoffs and this could be in fact their last opportunity to make sure to confirm their entry into the playoffs as both teams are currently struggling in the mid-table region in the league standings and will accept nothing less than a win.

U Mumba has had a mixed bag of results this season as their season got off the track after their win in the season opener against the Bengaluru Bulls and the franchise is struggling due to the inconsistency in their results. Injuries have played a big role in their disappointments as well with both Abhisekh Singh and V Ajith Kumar missing almost half of the league due to injuries.

Their opponents in Gujarat Giants are in no different position as the side has been struggling to keep themselves ahead of the competition. Inconsistency has been the key talking point for the Gujarat-based franchise as they have bottled their lead at various games this season after gaining a considerable lead over their opponents. The big stars for the team haven’t been able to live up to the expectations this season leaving the team no choice but to rely on their young players.

The Gujarat Giants are currently in eighth place on the points table with 57 points to their name in 20 games. With just three spots remaining in the knockouts the team will be desperate to make their way into the playoffs. Gujarat is coming off a last-minute thriller that ended in a draw against Puneri Paltan and will look to change this with a win over their opponents when they face U Mumba in their final fixture of the season.

On the other hand, U Mumba is just one place behind with 54 points to their name in 21 appearances and is almost out from the race to playoffs. The team will have to be dependent on the results of a lot of teams but at this point in time, things are out of hands for the Mumbai-based franchise. U Mumba is coming off a defeat at the hands of U.P. Yoddha in their previous game and will look to end their season with a win over neighbors Gujarat.

The Gujarat Giants and U Mumba have faced each other for a total of nine fixtures with the Giants holding an upper hand in their favor with 5 of the wins to their name in comparison to the Mumbai-based franchise who have 3 wins to their name.

The last clash between the two sides this season saw both sides fight till the very end before settling down for a 24-24 draw. 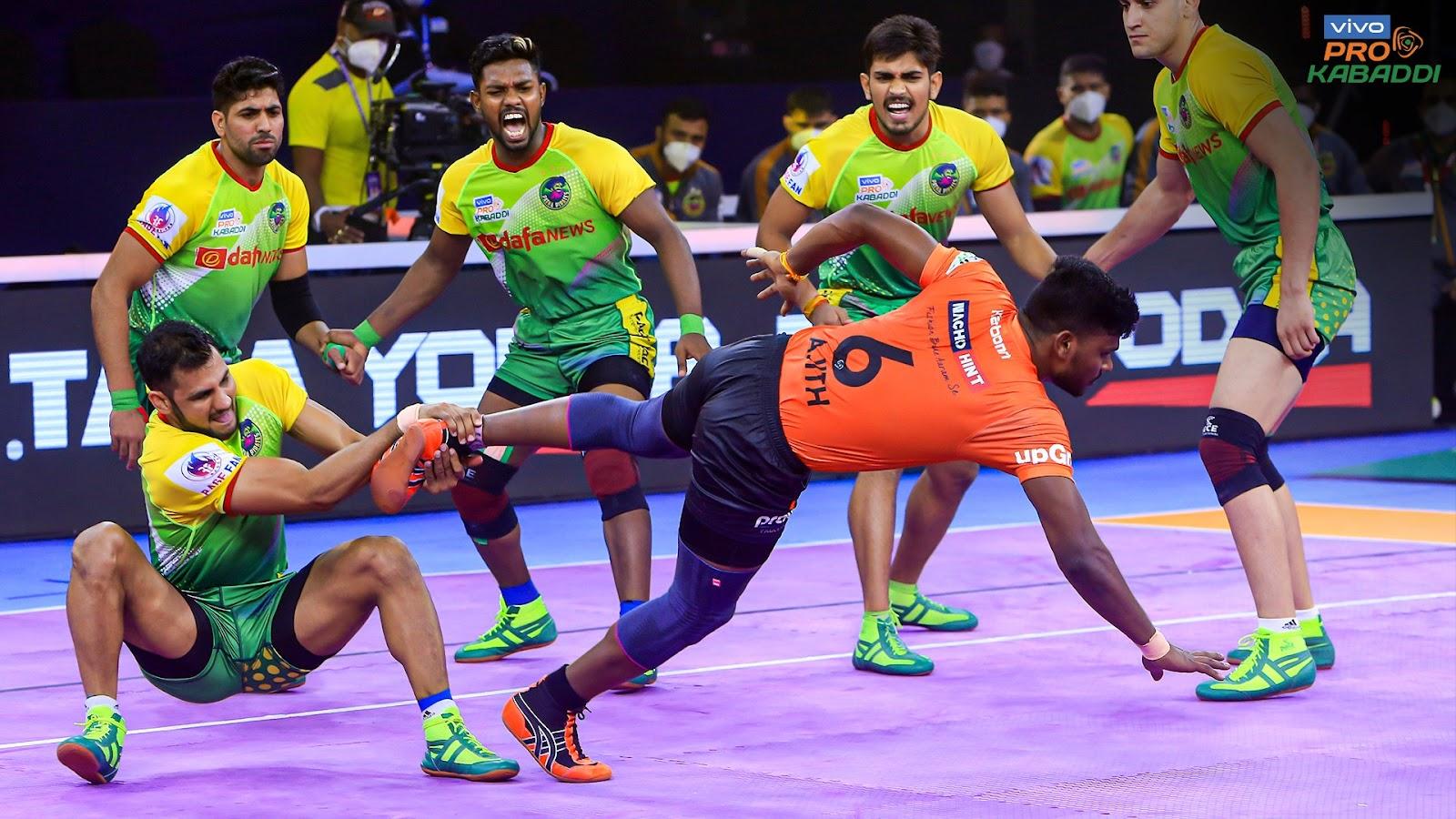 V Ajith Kumar: Ajith has been one of the most reliable raiders for the franchise this season, despite missing out on some of the games due to sustaining an injury the raider has done his best on the mat to lead his side to multiple victories this season. With just one game left in the campaign, Ajith will look to close this chapter on a positive note.

Paresh Bhainswal: Paresh has been the cornerstone for the Gujarat Giants this season, with their defensive unit stacked with a plethora of superstars, the youngster Paresh has been spearheading the charge and has been the team’s lead defender this season with 47 tackle points to his name in 20 games. Paresh will look to close in on the 50 point milestone in the remaining league fixtures of the tournament.

Both sides have faced their one-ups and downs too far into the tournament and the Giants will be desperate for a win if they wish to make it into the playoffs. The Gujarat-based franchise is hungry for a win at the moment and will like to close the deal at any cost.

Mumbai on the other hand now just will like to finish their campaign with a win to their name. Keeping all the recent form in mind, we expect the Giants to emerge victoriously and most likely make it into the playoffs.