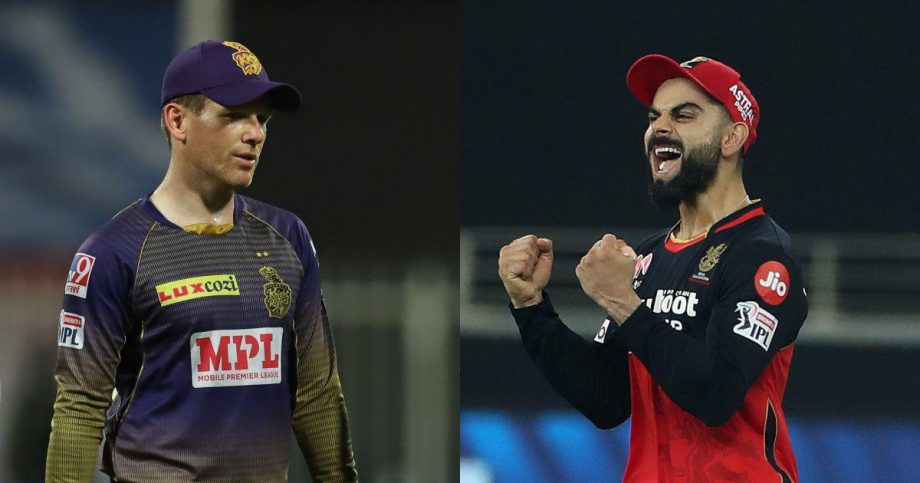 Looking at the current IPL point table, KKR & RCB, are at two different ends but because of their history of rivalry, every time they meet in an IPL match, it is highly anticipated & builds an unimaginable excitement for fans.

After a brilliant start by defeating Mumbai Indians in the first match of IPL’s current season, RCB started making waves in the market & became one of the contenedor for the trophy this year, but things changed suddenly for them as they lost two of their games against CSK & PBKS. They were at the top of the table with 5 wins but after losing to Punjab, they are at number 3 after Chennai & Delhi. For RCB, things can still change & they will have to forget about the last disappointment & focus on upcoming fixtures.

For KKR, things are not looking good since the beginning as they have just won 2 matches out of 7 played. Their batting line up is not in form, Eoin Morgan’s captaincy is under observation & as of now they rank on second last on the point table after Punjab & before Hyderabad. Almost half of the IPL is over & we haven’t seen KKR’s magic yet.

Looking at the stats between RCB & KKR from the past, KKR has an advantage because they both have met 28 times & KKR has won 15 matches & RCB is on 13 as of now. Earlier this season, the teams had squared off at the M. A. Chidambaram Stadium in Chennai  on April 18, Sunday. Royal Challengers had won the match by 38 runs on the back of Glenn Maxwell’s 49-ball 78 and an unbeaten 76 off 34 from Ab De Villiers. A 20-ball cameo of 31 runs from Andre Russell went in vain for the Knight Riders as Kyle Jamieson picked up a three-wicket haul for RCB.

Also KKR has an advantage over RCB in terms of IPL trophies as Kolkata is a two time winner & Bangalore has not opened it’s account yet.