Jofra Archer looking forward to play IPL 2021 if it resumes 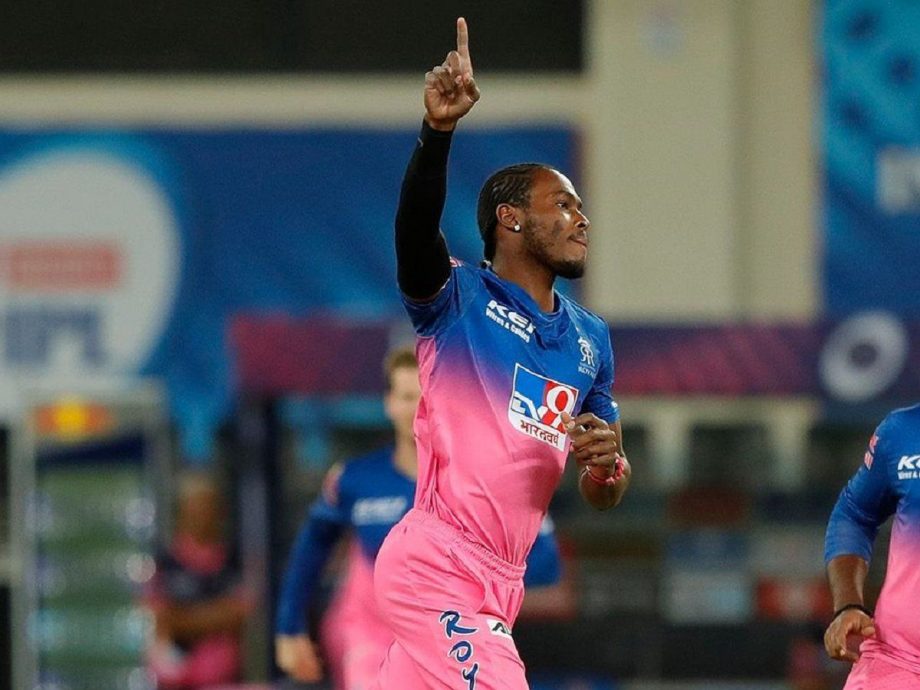 Rajasthan Royals’ most prominent & dominant bowler Jofra Archer has finally opened up about playing IPL 2021 & said that if the tournament resumes again, he will be interested to be a part of it.

After the 29th Match of IPL, BCCI & IPL officials in an emergency meeting decided to suspend the remaining tournament because of the pandemic situation in the country. BCCI is looking forward to a window to start the tournament again & they are positive for the month of september.

Because of his injury, Jofra Archer was not able to take part in the tournament & was ruled out before the start of IPL.

“If I did go to India, I probably would have come home early anyway. Hopefully, if it (IPL) does get rescheduled for this year, I will be able to go again. It was a hard decision not to go to India, it was really unpredictable, I could have gone but I don’t know how many games I would have played,”

“Rajasthan Royals and England supported me in my decision. You obviously build a good relationship as I have been with the Royals for the last three years. Stokes too suffered a bit, I think going over his hand and I don’t even know if he is going to be ready for these Tests against New Zealand,”

Jofra’s injury was at home while cleaning in the month of January even before England’s visit to India.The ECB’s medical team managed the injury throughout the tour, and it did not impact his availability. A fragment of glass was removed during the operation to his middle finger on his right hand in March.Archer had played two Tests and all the five T20Is against India, and then he was ruled out from the ODI series and the first half of the IPL.