Jason Behrendorff out of Quarantine, good news for CSK 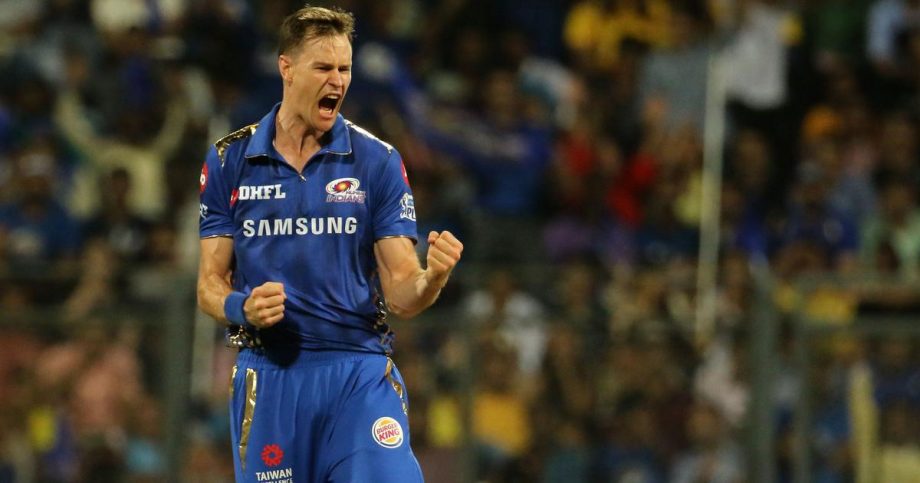 CSK’s Jason Behrendorff is ready to join the team

Chennai Super Kings is one team which always has high expectations from fans & cricket pundits all around the world. After a devastating performance in last season of IPL, they have made a comeback by winning 5 matches out 6 played & now it looks like its getting difficult to stop them. Although, skipper MS Dhoni’s performance is questionable with bat but he is proving himself with his tactics on the field.

The journey of CSK in this season started on a bad note when their star pacer Josh Hazelwood withdrew from IPL & they lost their first match against Delhi Capitals but now it looks like the days have changed for them. One of the positive news which has come up for CSK is that their Hazelwood’s replacement Jason Behrendorff, Australian left-arm pacer, has arrived in India on April 19 and had to undergo a mandatory 7-day quarantine process in the team hotel. He recently posted a photo of himself outside, signaling that his quarantine was over and he was to begin training shortly.

Behrendorff previously played in the Indian Premier League for the Mumbai Indians in the 2019 edition of the tournament. He played five matches for MI and picked 5 wickets. He was actually picked by the MI team in IPL 2018 auction but was ruled out with a back injury before the tournament started.

This is going to be a boost for CSK as their bowling line up is suffering despite having some experienced names in it. Shradul Thakur is turning out to be a bit expensive bowler for example. Behrendorff also has the ability to bring variations in his bowling and with CSK playing the rest of their games in Delhi, might come in handy.

Chennai Super Kings will next face Sunrisers Hyderabad on April 28 in Delhi.