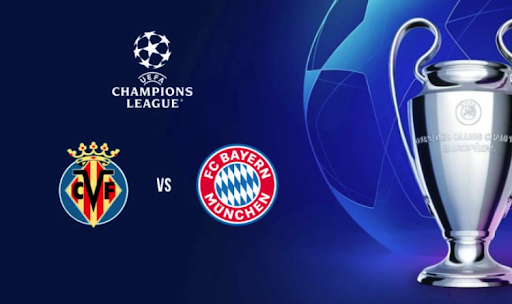 Villarreal will host Bayern Munich at El Madrigal in the UEFA Champions League quarter-final, first leg. The match will take place on March 07, beginning at 00:30 IST.

In the group stage, Villarreal finished second in their quartet, having Atalanta and the Young Boys below and Man Utd above.

In the six played matches, the Submariners managed to win three of them, draw once and lose twice. Moreover, they earned a place in the play-offs only in the closing round, beating the Italians 3-2 on the road.

In the 1/8 finals, the Yellows managed to sensationally defeat Juventus from Turin. In the first leg, the Spaniards drew 1-1 at home but then registered a 3-0 away win. Villarreal reached the quarter-finals of the Champions League for the first time in 13 years, having advanced past that stage only once, in the-05/06 season.

After beating Celta 1-0 In La Liga, today’s hosts suffered two successive defeats to Cadiz (0-1) and Levante (0-2). The Yellows are now sitting in seventh place with 45 points.

Villarreal have a very strong defence. In the league, they have conceded just 29 goals in 30 games – only Sevilla (20) and Real Madrid (26) have fewer.

Bayern have made an excellent run through the group stage, winning all six of their games against Benfica, Barcelona and Dynamo Kyiv by a combined score of 22-3.

In the first leg of the play-offs, the Munich club faced Austria’s RB Salzburg. The first game ended in a 1-1 draw, while the return leg saw the Germans demolish their opponents at home, 7-1.

More recently, the future Bundesliga champion beat Union Berlin 4-0 and Freiburg 4-1. Now the closest pursuer Borussia Dortmund are nine points behind, it is unlikely that the Bavarians will slip up and give the Bumblebees a chance.

The two clubs played each other in the 2011/12 season in the Champions League group stage. Bayern were twice stronger, 3-1 at home and 2-0 away.

Statistical preview of the match Villarreal vs Bayern Munich:

Unai Emery certainly deserves respect. Under his leadership, Villarreal have managed to claw their way through to the quarter-finals in previous stages of the Champions League. This time, however, they are unlikely to pull off a sensation. Bayern are the tournament favourites. They are terrific performers and have huge resources, and because of that they crush everybody. The visitors will surely come away with a blowout win.