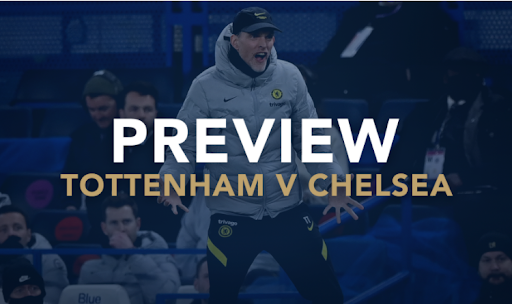 Both teams enjoyed their matches in the FA Cup in between the League Cup semi-final legs. And the two London sides outplayed bottom-flight opponents to make it through to the next round. Admittedly, it seemed that the Whites did it with great difficulty. In both cases, the top clubs fielded semi-main squads, if not reserves, so the players should be fit enough for the second semi-final match.

With Chelsea holding a solid advantage heading into to the second encounter, do you think Spurs will be able to turn the tide and reach the final? Let`s find out.

Don`t miss out 👉: Chelsea are one foot in the League Cup final with a convincing first-leg win over thoroughly listless Spurs

Tottenham had a terrible first leg of the League Cup semi-final, going down 0-2 to Chelsea.

Apart from the result, Antonio Conte must have been very disappointed with his team’s performance. At this stage, Tottenham cannot appear to be a serious rival for Chelsea as the Italian said in the post-match interview.

Throughout the 90 minutes, Spurs were basically unable to approach the opponents’ goal, although Harry Kane, Son Heung-Min, Lucas Moura – in general, all of the leaders – were on the pitch.

Also, Tottenham beat the humble Morecambe in the FA Cup at the weekend with considerable struggles. The Spurs were down until the 74th minute, before they finally managed to put the modest English Division Three side out of business.

Chelsea, meanwhile, appear to have overcome a slump that has seen them play some poor games to seriously lose ground to Manchester City in the EPL table.

Oddly enough, Thomas Tuchel‘s side came to their senses in their home game against Liverpool. Chelsea woke up being down 0-2, quickly got back to winning ways by equalising the score, but the Merseysiders somehow managed to hold on at Stamford Bridge although Blues had some real chances to win the clash.

Then, with Tottenham, everything became clear in the first half. The Pensioners could have easily scored a third and a fourth goal, but for some reason Conte’s team was pardoned from thrashing.

Last Saturday, unlike Tottenham, Chelsea easily advanced to the next round of the FA Cup. The Blues beat Chesterfield 5-1 on home soil.

As we described last match – Spurs showed a very weak game. They didn’t seem to have a hint of any positivity in the first round. Let’s see how the situation changes in the return match.

Statistical preview of the match Tottenham Hotspur vs Chelsea:

Tottenham have lost their last three matches to Chelsea by a combined score of 0-6, not scoring in four last meetings, while last victory over the Blues was in 2019. Given these disappointing statistics for Spurs, it is difficult to believe in their success after a fairly clear-cut fiasco a week ago.

Antonio Conte needs to come up with super plans to give Tottenham even the slightest chance of winning. But, to tell you the truth, it’s hard to believe that.

So far, Tottenham are just worse. Maybe something will change in the future, but at this stage, the Aristocrats are noticeably superior to their rivals.