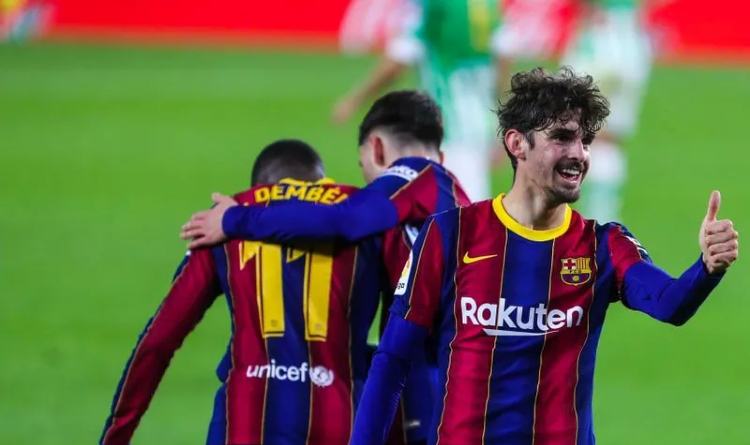 On Matchday 22 of the Spanish La Liga, Barcelona managed to beat Real Betis at Estadio Benito Villamarín. Match ended with a final score of 3-2.

The crucial contribution to the outcome of the match was made by the players who came on as substitutes.

Barcelona attacker Lionel Messi came on the pitch in the 57th minute and scored in the 59th. The Argentine scored his 27th goal since coming on as a substitute in La Liga and equalled Oscar de Paula (ex-Real Sociedad, 2nd place in the LaLiga history).

This was followed by an own goal from the central defender of Real. It was an unfortunate bounce after a pass from the left flank into the box.

A young newcomer from Braga (Portugal) put the game to bed. Barcelona made a comeback just literally at the end of the match. Midfielder Francisco Trincau scored the game-winning goal.

He came on as a substitute in the 57th minute and scored in the 87th when he snatched the ball from an opposition defender. It was the 21-year-old’s first goal for the Blaugrana – he has played 27 matches for the club in all competitions this season.

Francisco asked about his feelings:

Mingueza and Trincao shared their emotions right after the match:

Koeman after the match:

“We have to highlight the team’s mentality, in a tough match we won by the quality and by having an outstanding сharacter. I am very happy with Trincao’s goal. He is working well and it is important for him”.

The Catalans have won nine straight away victories in all competitions for the first time since January-April 2015, when Luis Enrique was in charge. The last time this season Barcelona lost away points was on December 5, when they lost to Cadiz (1-2) in La Liga.