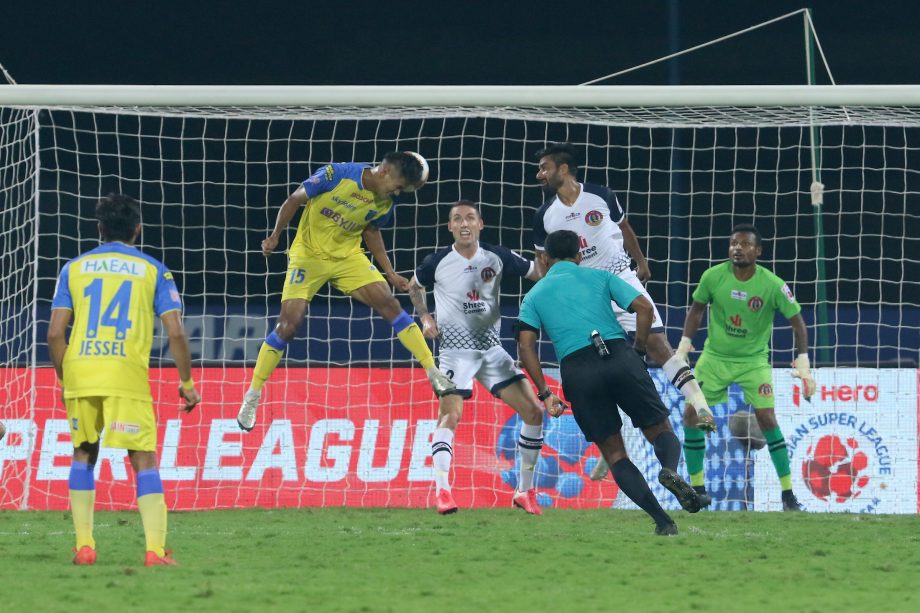 The rejuvenated SC East Bengal side will face Kerala Blasters FC at the Tilak Maidan Stadium on Friday as the two sides aim to extend their good run in the new year.

Kibu Vicuna’s Kerala Blasters have won two of their last four matches after going winless in their first six matches of the ongoing 2020-21 ISL season. Robbie Fowler has had a similar story at East Bengal as his side accumulated a solitary point in the first five matches of their debut ISL campaign but since then have bounced back and have gone undefeated in the next five matches, winning two and drawing the other three games.

Both the sides have solved their problems in a similar way as the Blasters decided to give starts to the Australian striker Jordan Murray instead of their big-money signing Gary Hooper and the 25-year old has already scored 4 goals and provided 1 assist in just 555 minutes of action.

On the other hand, Fowler dipped into the market to bring in the young Nigerian striker Bright Enobakhare who has left the league in amazement with his pace, dribbling, and finishing in just two starts and a single substitute appearance.

A win for East Bengal in Friday’s match would help them leapfrog NorthEast United into eighth place in the league table while the Blasters would just go ahead of East Bengal in ninth place if they manage to beat Fowler’s team in the Tilak Maidan Stadium.

How they have done so far?

SC East Bengal had a tough start to their maiden Indian Super League campaign as they started out with three consecutive losses to ATK Mohun Bagan FC, Mumbai City FC, and NorthEast United FC. A 0-0 draw against Jamshedpur FC was followed by a 3-2 defeat against Hyderabad FC.

Two consecutive draws against Kerala Blasters and Chennaiyin FC was followed by their first win of the season as they defeated Odisha FC 3-1. A 1-1 draw against FC Goa and a 1-0 win over Bengaluru FC has turned the tide in the favor of the ‘Red and Gold’ brigade of late.

Kerala Blasters FC started the season with a 1-0 defeat to ATK Mohun Bagan followed by draws against NorthEast United and Chennaiyin. Two consecutive losses to FC Goa and Bengaluru FC raised questions of Vicuna and then his side drew 1-1 against East Bengal in the reverse fixture.

The Blasters defeated Hyderabad FC 2-0 before going down to Mumbai City by the same scoreline. Vicuna felt pressure for his job when Kerala lost 4-2 to the bottom of the table Odisha FC but has bounced back with a 3-2 win against Jamshedpur FC since then.

SC East Bengal: Robbie Fowler has most of his squad players fit and available to start against the Manjappada. The Liverpool legend is expected to stick with most of the players that started the 1-0 win against Bengaluru FC with Bright Enobakhare and Matti Steinmann proving to be two key players in the first team.

Second choice goalkeeper Sankar Roy is still recovering from an injury while both Lalramchullova and Loken Meitei are also nursing their respective injuries. Experienced players like CK Vineeth, Eugeneson Lyngdoh, Balwant Singh, and Sehnaj Singh looked to have been frozen out of the squad by Fowler as the Englishman continues investing in young starlets Harmanpreet Singh, Ankit Mukherjee, and Haobem Tomba Singh.

Kerala Blasters FC: Bakary Kone has missed both the Blasters’ wins this season and Kibu Vicuna would think twice before putting the former Lyon defender in the heart of the Blasters defense once again. Lalruatthara was shown two yellow cards in the 3-2 win over Jamshedpur FC and will miss the match against the ‘Red and Gold brigade’.

Skipper Sergio Cidoncha’s replacement Juande is out of quarantine and is expected to play a part against Robbie Fowler’s side with Vicente Gomez and Facundo Pereyra starting alongside the Spaniard in a three-man midfield. In-form Murray would lead the line in the hope of bagging a second consecutive win for his team.

The two sides have faced each other once in the Indian Super League this season and the match ended in a 1-1 draw with Jeakson Singh scoring in injury time to cancel out Kone’s own goal in the first half.

A 2-1 win for East Bengal looks to be on the cards with Bright Enobakhare scoring a brace to cancel out Facundo Pereyra’s goal at the other end of the pitch.