After staying atop of the leaderboard since the third matchday, Real Madrid completed the formalities by battering Espanyol 4-0 to win their 35th La Liga title with four matches to spare, courtesy of Rodrygo’s brace. Barcelona gained the upper hand over Mallorca to retain the second spot in the table as both Sevilla and Atletico Madrid failed to pick up the all-important three points.

Youssef En-Nesyri gave the home side the lead in the 7th minute after heading home Ivan Rakitic’s corner-kick as Sevilla maintained the advantage till the half-time. Cadiz kept on piling pressure and got duly rewarded in the 66th minute when Lucas Perez’s scorching free-kick from outside the box hit the underside of the crossbar before going past the goal-line.

In a match that encapsulates the stiff competition in La Liga, bottom-placed Alaves beat UEFA Champions League semi-finalist Villarreal 2-1. Victor Laguardia poked the ball home from the back post following a corner-kick to give Alaves the early lead before Gonzalo Escalante doubled it at the half-hour mark from close range after Ruben Duarte set him up perfectly.

Two minutes after the change of sides, Samuel Chukwueze’s serpentine run through three defenders inside the box led to Villarreal pulling one goal back but it turned out to be a mere consolation in the end. 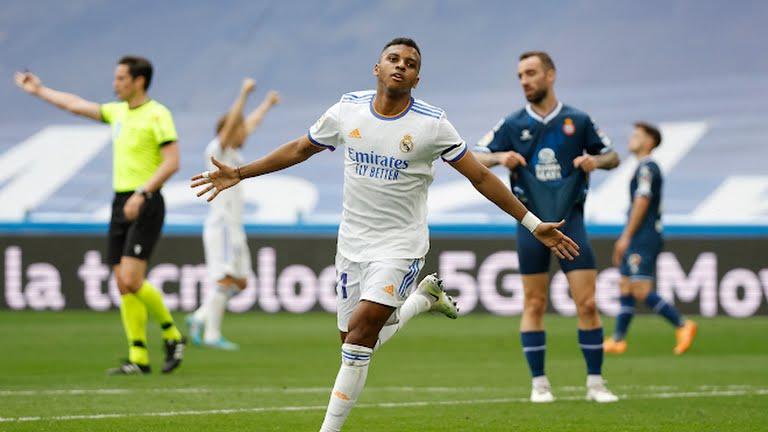 Carlo Ancelotti made eight changes to the side that lost 3-4 to Manchester City in the first leg of the UEFA Champions League semi-finals but it took Real Madrid only 33 minutes to take the lead after Rodrygo Silva latched on to Marcelo’s pass from the left flank and muscled the ball into the far bottom corner.

Mariano Diaz dispossessed a rival defender in the final third and passed the ball towards Rodrygo Silva, who slotted it home to complete his brace at the stroke of half-time.

The second half saw things go from bad to worse for Espanyol after Marco Asensio buried his shot into the far corner in the 55th minute to triple Real Madrid’s lead. Karim Benzema put the icing on the cake by linking up with Vinicius Jr to complete the 4-0 routing.

Valencia and Levante shared the spoils in the Derbi Valenciano as the former played an hour of the game with ten men. Valencia took the lead through Hugo Duro after the Spaniard headed in Jose Gaya’s cross from a point-blank range in the 27th minute.

Four minutes later, Gaya was shown a straight red card after VAR showed the Valencia captain swinging his elbow wildly to harm an opposition player. It was one-way traffic in favour of the away side from there on but Levante had to wait till the 81st minute to equalise when Oscar Duarte rose the highest to connect Jose Morales’ cross from the right flank. 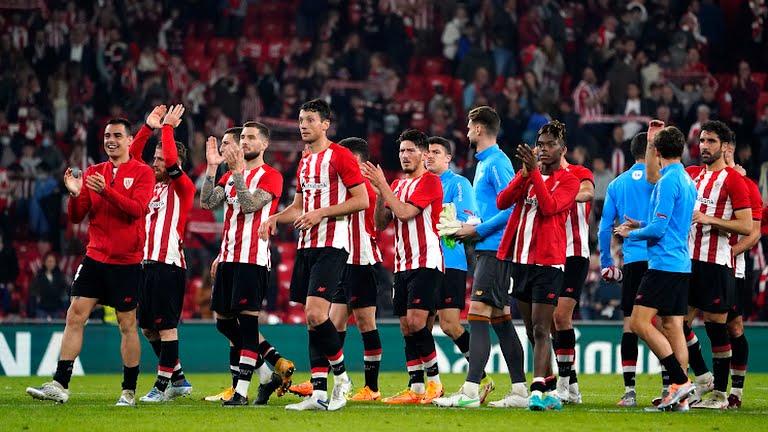 Athletic Bilbao took the lead within the first ten minutes after Mario Hermoso’s wicked deflection off Inaki Williams’ cross resulted in an ‘own goal’. Inaki’s curling shot struck the woodwork in the first half but there was no stopping his panenka from nestling the net in the 56th minute as Atletico Madrid dropped points for the second game running.

Ante Budimir broke the deadlock in the 67th minute for Osasuna as he rolled the ball into the net from a penalty after sending the ‘keeper the wrong way. However, Pere Milla salvaged a point for Elche in the 84th minute by glancing his header from the near post into the far corner as the defender standing at the goal-line could do nothing but kick it into his own net.

After a goalless first half, Celta Vigo scored the first goal of the contest in the 72nd minute through Iago Aspas as his grounded shot travelled into the bottom corner. Just when it seemed Granada would go back empty-handed, Darwin Machis unleashed a cross-shot into the box and with neither of the players from both teams able to connect it, the ball travelled all the distance into the net.

Alexander Sorloth’s bullet strike from the edge of the box handed Sociedad the lead in the 33rd minute before Vallecano equalised through Radamel Falcao in the 77th minute after the Colombian pounced on a rebound from a hand-shaking distance following the initial save.

Vallecano occupies the sixth spot currently and are four points ahead of seventh-placed Villarreal as they seem like the firm favourites to participate in Europe next season.

In the 22nd minute, Barcelona’s top scorer Memphis Depay gave the home side the lead after latching on to a lofted pass from Jordi Alba as he made no mistake in slamming the ball home with his second touch. Sergio Busquets doubled their advantage after making the most of a mistimed clearance to drive his shot from outside the box into the bottom corner in the 54th minute.

Mallorca managed to bag a consolation through Antonio Raillo after the captain found himself on the receiving end of a dinked pass off a free-kick in the 79th minute. With only La Liga to focus on, the Blaugranes need only 10 points from the coming four fixtures to seal the second spot.