Real Madrid romps Osasuna to maintain lead at the top, Barcelona picks up a slim victory over Sociedad   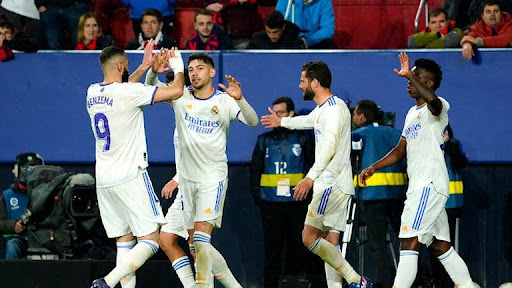 There seems to be no stopping Real Madrid in the 2021-22 La Liga season as they romped Osasuna 3-1 away from home on Matchday 33 and are just four points away from lifting the title. Barcelona regained their second spot in the table after Atletico Madrid dropped points to Granada.

Mallorca was up to the task in their relegation six-pointer clash against Alaves to come out of the drop zone. After Pablo Maffeo kept the ball in play, Abdon Prats flicked it into the back of the net with his back-heel to give Mallorca the lead before January signing Vedat Muriqi doubled it at the stroke of half-time.

The third and final goal of the game also came through a Mallorca player as Antonio Rallio headed the ball into his own net while trying to clear a cross from the right flank.

Edgar Badia was in his A-game in the first half by thwarting shots from distance to keep the scoreline level and Elche substitute Tete Morente repaid his hard work by combining well with Josan Fernandez to score the only goal of the contest in the 82nd minute. With two back-to-back wins, Elche finds themselves in the 13th spot and with the form they are in, they can even aim for a position in the top ten.

Villarreal came out on top in The Derbi de la Comunitat by thumping Valencia 2-0. After VAR spotted a handball inside the box, Arnaut Danjuma sent the ‘keeper the wrong way to give them the lead in the 10th minute.

Danjuma completed his brace seven minutes later after latching on to a through pass from Juan Foyth and bundling it into the net to beat a depleted Valencia side, which rested some key players for their Copa del Rey final against Real Betis this Saturday. 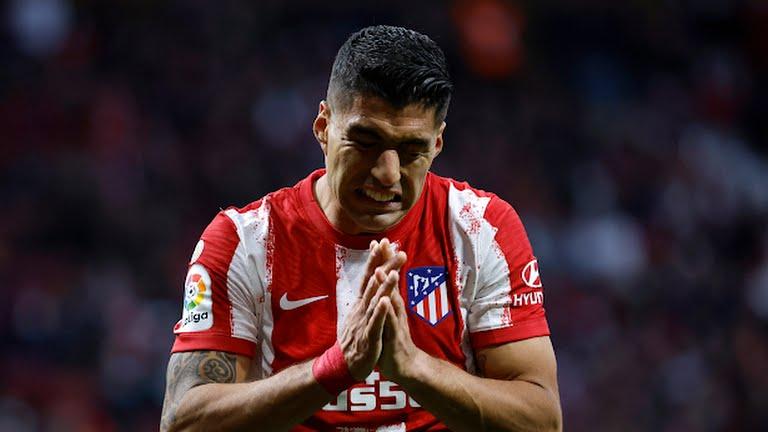 Granada won a valuable point away from home in their quest to stay in the La Liga by holding their nerves against Atletico Madrid. Jan Oblak palmed away Rodrigo de Paul’s effort from distance in the first half before the defending champions hit the woodwork through Matheus Cunha in the dying embers of the second half.

Courtesy of the draw, Atletico Madrid moved behind Sevilla to the fourth spot while Granada, occupying the 18th position, got a massive shot in their arm.

Oscar Rodriguez threaded a piercing through pass for Borja Mayoral in the 23rd minute and the latter made no mistake in timing his run and powering the ball through the legs of the stretched ‘keeper. Getafe doubled their lead through Mayoral six minutes into the second half after Enes Unal found him through in a counter-attack and the former stood up to the task by striking the roof of the net.

The La Liga leaders took a big stride in completing the formality by thrashing Osasuna 3-1 away from home. David Alaba’s attempt from close range was blocked comfortably by the rival’s keeper but the Austrian international pounced on the rebound to slot the ball through his legs to give Real Madrid the lead in the 12th minute.

Osasuna equalised just a minute later after Ante Budimir tapped in Ezequiel Avila’s drilled pass from the six-yard box but Marco Asensio’s goal at the stroke of half-time ensured Real Madrid regained the lead. Osasuna goalkeeper Sergio Herrera saved two spot-kicks in the second half but his tenacity was undone in the 96th minute after Lucas Vasquez connected Vinicius Jr’s crossfield pass to bulge the net.

Rayo Vallecano picked up their first win in 2022 after Sergi Guardiola scored the only goal in their match against Espanyol. The 30-year-old thumped the net with a first-time shot from close range three minutes before half-time after receiving a headed pass from Alejandro Catena.

Sevilla beat Levante 3-2 in a nail-biting encounter to bolster their hopes of finishing inside the top four. Tecatito Corona drew first blood after nodding in Lucas Ocampos’ cross from the 14th minute. Jose Luis Morales equalised for the home side by converting his spot-kick but Corona ensured Sevilla regained their lead at half-time after making the most of the cross from Ocampos again.

Morales missed a penalty for Levante in the second half and it proved costly for his side as Jules Konde’s lightning-quick header that ricocheted into the net from the woodwork doubled Sevilla’s lead. Levante did pull one back through Roberto Soldado three minutes before the end of regulation time but it proved to be a mere consolation.

In another encounter that ended 3-2 in favour of the away side, Raul Garcia struck early in the 3rd minute as the ‘keeper dived too early and failed to save his low shot. Iker Munian’s penalty was saved initially but there was no stopping the 29-year-old’s follow-through attempt from finding the empty net. Mikel Vesga made it 3-0 in the 33rd minute courtesy of his rasping low shot from outside the box as Athletic Club found themselves in wonderland.

A reinvigorated Cadiz side scored two goals in the second half through Lucas Perez and Ruben Sobrino but it proved to be little in the end. Cadiz is just a spot above the drop zone in the points table and can’t take matters lightly from now on. 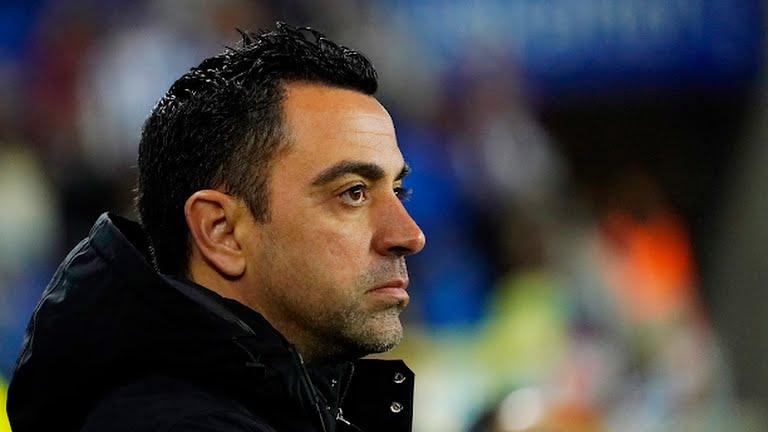 Pierre Emerick Aubameyang scored the solitary goal of the contest in the 11th minute after the Gabonese international headed in Ferran Torres’ pass. Although Sociedad came back strongly in the second half, they were unable to trouble the scorers as Barcelona took a major step towards securing a Champions League qualification.