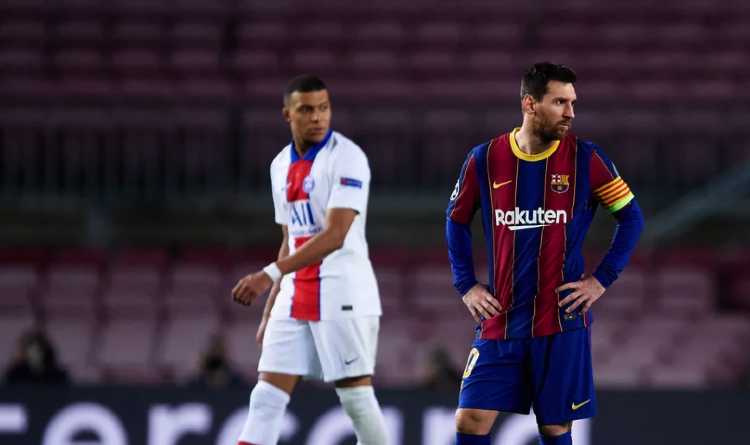 The UEFA Champions League is back: Paris Saint-Germain will host FC Barcelona at Parc des Princes in the return match of the UCL 1/8 finals. The fixture will be held on March 10, 01:30 IST.

Paris side have a three-goal advantage. Even a bigger advantage against Barça was not enough for PSG once in UCL, but there is no point in hoping for a repeat of that story now. The current Barcelona are often joyful to watch, but they do not have enough resources to make such impressive comebacks as for now.

Both continental giants warmed up for this game with comfortable victories domestically at the weekend, as Barcelona overcame Osasuna 2-0 in La Liga while PSG cruised past Brest 3-0 in the Coupe de France.

For once in the French Ligue 1 there is a serious intrigue in the fight for the title. PSG are currently in second place, two points behind Lille. However, now the priority of Mauricio Pochettino’s team is the Champions League. In the first game, the Parisians thrashed Barcelona 4-1 away with a help of world-class Kylian Mbappé. It is only necessary to finish the job and avoid the story that happened four years ago. French team have kept clean sheets in the last three matches, It will for sure give some boost morale.

It also became known that it is likely that Neymar will not be able to help in this match. Earlier it was reported that the Brazilian combines personal training with the work in the general group. However, the injury, received on February 10 in the game 1/32 finals of the French Cup with Caen (1-0), still will not allow him to play against his former club.

FC Barcelona reached the Spanish Cup final last week. They beat Sevilla in the semifinals, managing to come back from 0-2 after the first leg. At the Camp Nou, Ronald Koeman’s team had barely made it to overtime, but on the whole, there was no point in talking about luck – Barcelona proved that they were better.

In addition, on February 27, Barcelona again beat Sevilla in La Liga. And that was a very high-quality match by Koeman`s side.

And just before the trip to Paris, Barcelona defeated Osasuna, thanks to which they reached second place in the La Liga table, and the gap from Atletico is now only three points.

Wednesday’s second leg represents the 13th meeting between PSG and Barcelona in the Champions League, with the hosts boasting four wins compared to La Blaugrana’s five.

The first leg took place last month and ended in an emphatic 4-1 victory for Paris Saint-Germain at the Camp Nou. Kylian Mbappe scored a sensational hat-trick on the day and will want to make his mark on this fixture.

Statistical preview of the match Paris Saint-Germain vs FC Barcelona:

Paris Saint-Germain have four away goals in this fixture and hold all the cards ahead of this week’s game. Barcelona are perfectly capable of winning this match but are unlikely to overcome what has become a massive first-leg deficit. PSG did actually lose their last home match, 2-0 to Monaco, but surely won’t mess it up again from here. Even without Neymar returning, it’s hard to see Barcelona keeping them out on Wednesday night.

Koeman`s side should have a real offensive plan to have chances in this 2-leg fixture, it means they are keen to attack by all means from the first minutes. With this, rampageous attackers of the Paris side will bide for any counterattack call to conduct rapid attacks on the opponent’s goal, so we can expect many scored goals in this match.

ParimatchNews staff prediction: Both teams to score and a total of over 2.5