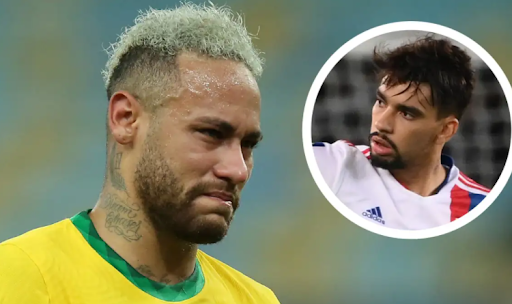 The Brazilians have always been famous for their dribbling abilities

PSG striker Neymar reacted to the yellow card shown to his compatriot Lucas Paquetá, who plays for Lyon.

The 24-year-old midfielder attempted a rainbow flick in one-on-one situation at the end of the Ligue 1 round 7 match against Troyes (3-1).

After that, the main referee Stephanie Frappart showed the Brazilian a yellow card.

“This episode is very, very sad, receiving a yellow card for a dribble..The technical gesture is a solution, no matter where it takes place and no matter what minute it is performed. The same thing happened to me last season. This year, it’s happened to Paqueta. Honestly, I don’t understand the reasons. The famous ‘Joga Bonito’ [beautiful game] is over. Enjoy while it lasts.”

As there was no serious foul play on the part of the midfielder, it is most likely that he was penalized for mocking his opponent. others believe that Frappart showed the yellow card because the attacking midfielder refused to listen to her on the pitch.