Mino Raiola reveals ‘no update’ on Pogba contract: “You have to ask Man Utd” 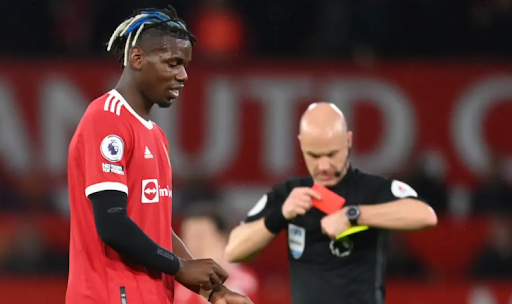 Mino Raiola, the agent representing Manchester United midfielder Paul Pogba, has responded to a question about the progress of negotiations with the club over the player’s new contract.

The Frenchman’s current agreement with United expires in the summer of 2022. The player will be able to negotiate with other clubs from January.

“Ask Manchester United. At the moment everything is quiet. There is no news,”

Amid the current negative situation in the Manchester United camp, Mino Raiola understands that Pogba could sign one last big contract next summer that will result in him earning a solid commission. Despite the scepticism, the star midfielder is still a solid asset. The Frenchman is reportedly interested in a move to La Liga.

Raiola would like to set up an auction between Real Madrid and Barcelona and thereby secure higher payments for Pogba’s move.

The agent originally intended to bring Pogba to Barcelona FC due to his good relationship with Catalans president Joan Laporta, but the financial crisis at Blaugrana could force Mino to switch to PSG or Real Madrid, although the agent does not have the best relationship with the Galacticos president Florentino Perez.

Los Blancos currently look the favourites to win Pogba, but Raiola will continue to communicate with Laporta, who would like to see Paul at Barcelona.

The player also tweeted that his relationship with the management, the head coach and the players had not deteriorated in any way despite the setbacks:

“Tabloid press once again wants to create polemic with 100% fake news. Big lies to make headlines. Journalists who use my name to be seen when there is nothing to see. The only reason I address this BS is out of respect to my coach, club and fans to send a clear message: the less you read these people, the better you are. They have no shame and will just say anything with no basis at all.”

It is unclear which particular point the Frenchman is referring to, but it is evident that this procrastination in negotiations does not indicate any motivation for the player to leave the club.

The 28-year-old has played nine games in the English Premier League this season and made seven assists – which made him the best dispatcher of the championship so far, however, the Frenchman has not produced any impact in five games.

The midfielder was sent off in last weekend’s 0-5 defeat to Liverpool and will face a suspension for the next three league games – against Tottenham, Manchester City and Watford. These games are decisive for the coach Ole Gunnar Solskjær who is on the verge of sacking due to poor recent results.

Don`t miss out 💥: ‘We have to look forward’ – Solskjær after devastating defeat from Liverpool