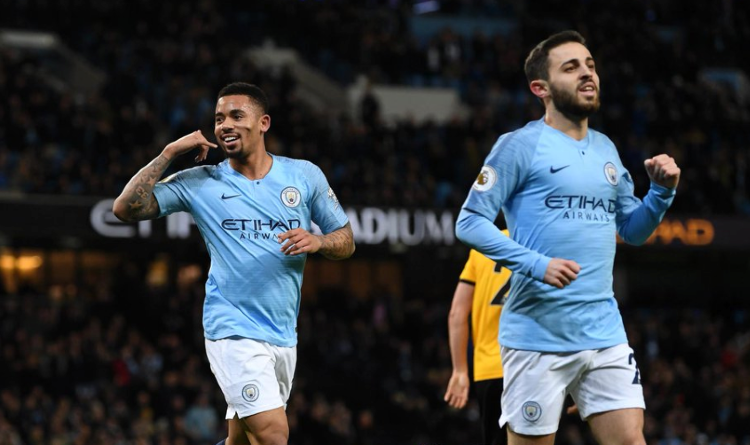 Manchester City will ‘host’ Borussia M. at Puskás Aréna in the return match of the UCL 1/8 finals. The fixture will be held on March 17, 01:30 IST.

The Champions League is coming back this Wednesday! If you’re interested in Manchester City or Borussia M, you should mark March 17 on your calendar. It’s time for Gladbach’s side to take all their chances and try to make a comeback. Fans and critics are looking ahead to the game. The opponents will face each other again at the Puskás Aréna. Goals from Bernardo Silva and Gabriel Jesus saw the Premier League leaders ease to a 2-0 win in the first leg, is it an easy walk straight to the next stage for Manchester City?

The first meeting, which took place on a neutral pitch in Budapest, ended with a 2-0 win for the English side. City scored an away goal in each half.

Don`t miss out 💥: In the clash with Borussia Gladbach, Manchester City easily earned a comfortable away lead ahead of the return leg of UCL 1/8 finals.

In their last matches, Man City thrashed Southampton 5-2 at home and secured a comfortable 3-0 win against Fulham.

After 30 rounds of the English Premier League, Man City are leading the table with 71 points. The goal difference is 64-21.

The team is having a fantastic winning streak, even in spite of losing the Manchester derby.

Borussia are in abysmal form. Since the announcement of the summer transfer of coach Marco Rosé to Borussia Dortmund, the Gladbach side have lost all six matches in all competitions. It will be difficult for them to challenge Manchester City.

Don`t miss out 💥: The next coach of Borussia Dortmund has been revealed. Who is he?

In five head-to-head encounters between the two sides, Manchester City hold a clear advantage. They have won four games and drawn one.

Statistical preview of the match Manchester City vs Borussia Monchengladbach:

Manchester City hold a solid first leg advantage after earning a 2-0 win. A 3-0 win at Fulham on Saturday night means City have failed to win just one of their last 24 competitive matches ahead of this second leg match up. City’s defence has appeared slightly shakier than usual in recent weeks, but Guardiola’s men should have no problems whatsoever repeating their first-leg performance and getting the job done in style. Monchengladbach and their soon-to-be ex-manager just cannot find inspiration from anywhere on the pitch at the moment, and we expect City to chalk up another triumph on their way to the last eight.

Bookmaker Parimatch gives a 1.71 to this scenario.