Leicester thrash Man Utd to meet Southampton in the semis 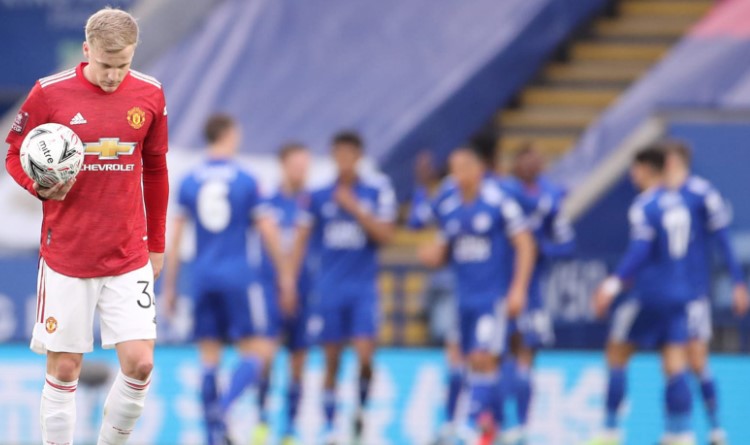 In the quarterfinals of the FA Cup, Leicester beat Manchester United at home (3-1). The ‘Foxes’ forward Kelechi Iheanacho scored a double and assisted, taking part in all of Leicester’s goals.

In the 100th game in charge, Brendan Rodgers thrashed Man Utd, this is the first victory over Red Devils since 2014. Thanks to this performance, Leicester reached the FA Cup Semi-Finals for the first time since 1982.

“Our solidity and intensity of press was very good. When we dropped into our shape we denied them space. To beat Manchester United 3-1 you have to be complete in all aspects of the game and the players did that. The semi-finalis a way off yet. I told the players they were three games from history. Now it’s two. We’re making the right steps, we’re on the right path. We’re very ambitious to be the best we can be. That’s the challenge and it’s the test we’re enjoying.”

The draw for the FA Cup Semi-Finals:

Manchester United have lost an away match against English opposition for the first time in 30 matches, with the previous such defeat coming against Liverpool in January 2020.

“When we win, we win together and when we lose, we lose together. We’re not pointing fingers and blaming – the second one is a good goal by the boy but maybe with a zip of energy we could’ve got to him and wouldn’t have been done as easily in the middle.

“We’ve got the Europa League and Premier League to concentrate on – yes, we would’ve liked to go to Wembley but now the focus is on the games we have. We’re in a good position in the league and we want to keep improving. Of course Leicester are just behind us so it won’t be easy but we want to keep going and get as far as possible in the Europa as well.”