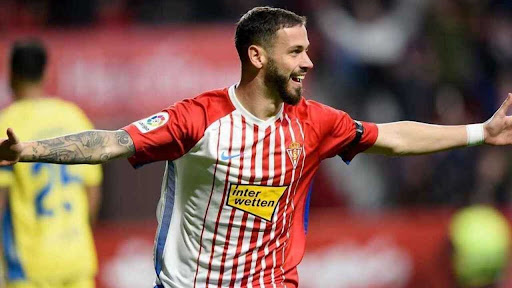 Kerala Blasters has signed Spanish striker Alvaro Vazquez on a one-year deal until the end of the 2021-22 Indian Super League season.

After signing for the Yellow Army, Vasquez explained his decision of plying his trade in the ISL for the Blasters.

“This is a new stage of my career and I am looking forward to embracing the football and culture of India something which I have heard a lot about. I will do my best both on and off the field for the team.”

After joining Espanyol at the age of 14, Vazquez made his debut for the reserves team four years later. The striker scored 11 goals in 22 appearances in his debut season for Espanyol B making his own path to the senior team.

In 57 La Liga appearances for Espanyol, Vazquez scored 9 goals and provided 3 assists before moving to Getafe. In his first season with his new club, the young striker scored 4 goals in 29 appearances before getting loaned out to Swansea City.

After a tough loan spell in the Premier League where Vazquez was mainly used as a substitute, the Spaniard returned to Getafe and enjoyed his best goalscoring season in the La Liga as he hit the back of the net on 7 occasions in 21 appearances.

Since then, Vazquez has moved on to play in the Segunda Division for Gimanstic, Real Zaragoza, and Sporting Gijon before securing a move to the Kochi-based team in the ISL.

Kerala Blasters sporting director Karolis Skinkys welcomed the club’s latest signing and talked up the leadership and experience the striker brings in from one of the best football leagues in the world.

“I’m happy that a high-level player like Alvaro is joining us. We are excited about him being a part of our family and hope that along with his quality, he will also bring high energy, leadership and fulfill his potential here.”