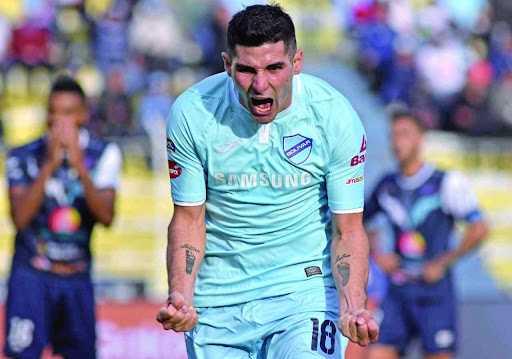 Kerala Blasters has signed Argentine striker Jorge Pereyra Dias from Club Atletico Platense on a one-year loan until the end of the 2021-22 Indian Super League season.

After signing for the Blasters, Dias said

“I am glad to join Kerala Blasters and am equally thankful to the management for giving me this opportunity. I am looking forward to representing the team and experiencing the energy of the yellow army in the upcoming season. I promise to always give my best.”

After starting his career with Ferro Carill Oeste, Pereyra scored 15 goals in 86 appearances whilst representing the club in Primera B Nacional, the second division of the Argentine football pyramid. After that, the striker played a couple of seasons for Lanus in the first division where he helped the club win the Copa Sudamericana in 2013.

Since then, the forward has returned to Lanus, had stints in Bolivia and Chile, returned to Argentina with present club Atletico Platense before getting loaned out to Kerala Blasters for the 2021-22 ISL season.

Kerala Blasters sporting director Karolis Skinkys welcomed the club’s new striker and hoped that he will fulfill his potential unlike some of the Yellow Army’s previous recruits in the attacking positions.

“We are proud and happy to have a good player like Jorge Pereyra in our team. I would like to congratulate him on joining Kerala Blasters. We are waiting for some solid performances from him and hope he will fulfill his potential.”