India vs Cambodia: Preview and Prediction  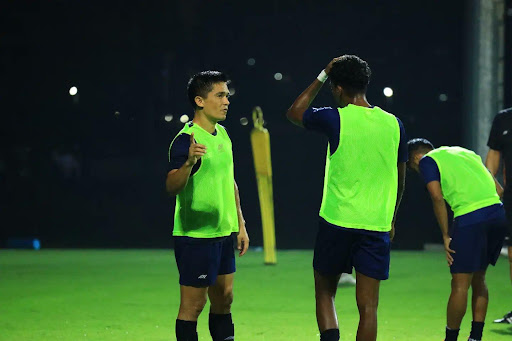 The Indian Football Team begin their 2023 AFC Asian Cup Third Round Qualifying campaign on Wednesday when they lock horns against Cambodia at the Salt Lake Stadium in Kolkata. The match is scheduled to kick off at 08:30 PM IST.

India is the highest-ranked team in Group D, which comprises Afghanistan, Hong Kong, and Cambodia. The 106-ranked nation will square off against 171-ranked Cambodia to open its campaign. The six group winners alongside the five best-placed runners-up will advance to the continental extravaganza.

India’s international form heading into the tournament is not so good. They lost 1-2 to Bahrain and 0-3 to Belarus in March, with Rahul Bheke scoring the lone goal from the two fixtures.

Two months later, India lost 0-2 against Jordan as the Blue Tigers lacked the cutting edge in the midfield. Mohammed Yasir’s free-kick that struck the crossbar was the closest India came to scoring a goal in the contest.

Cambodia lost to Malaysia, Indonesia, and Vietnam in the South East Asian Championships in December 2021, with the only victory coming in the form of a 3-0 win against Laos in the tournament.

Cambodia beat 198-ranked Timor Leste on 2nd June by a margin of 2-1. Keo Sokpheng and Choun Chanchav found the back of the net for the Angkor Warriors.

India and Cambodia have squared off against each other four times, with the former gaining the upper hand thrice. The first-ever encounter between the two sides took place in the 1964 Merdeka Cup where India blanked Cambodia 4-0. Chuni Goswami and Inder Singh scored a goal each while Derek D’Souza bagged a brace.

The next meeting between the two teams would take place in 1968 AFC Asian Cup Qualification held a year prior where Cambodia came out on top by a margin of 3-1. P Kannan found the net for India.

In the 2007 Nehru Cup, India battered Cambodia 6-0 with Sunil Chhetri and Steven Dias bagging a brace. Bhaichung Bhutia and NP Pradeep scored the other two goals for the Blue Tigers.

Ten years later, India edged Cambodia 3-2 with Sunil Chhetri, Sandesh Jhingan, and Jeje Lalpekhlua scoring the goals. Whenever the talismanic captain has played against Cambodia, he has bulged the net with his sublime striking abilities. 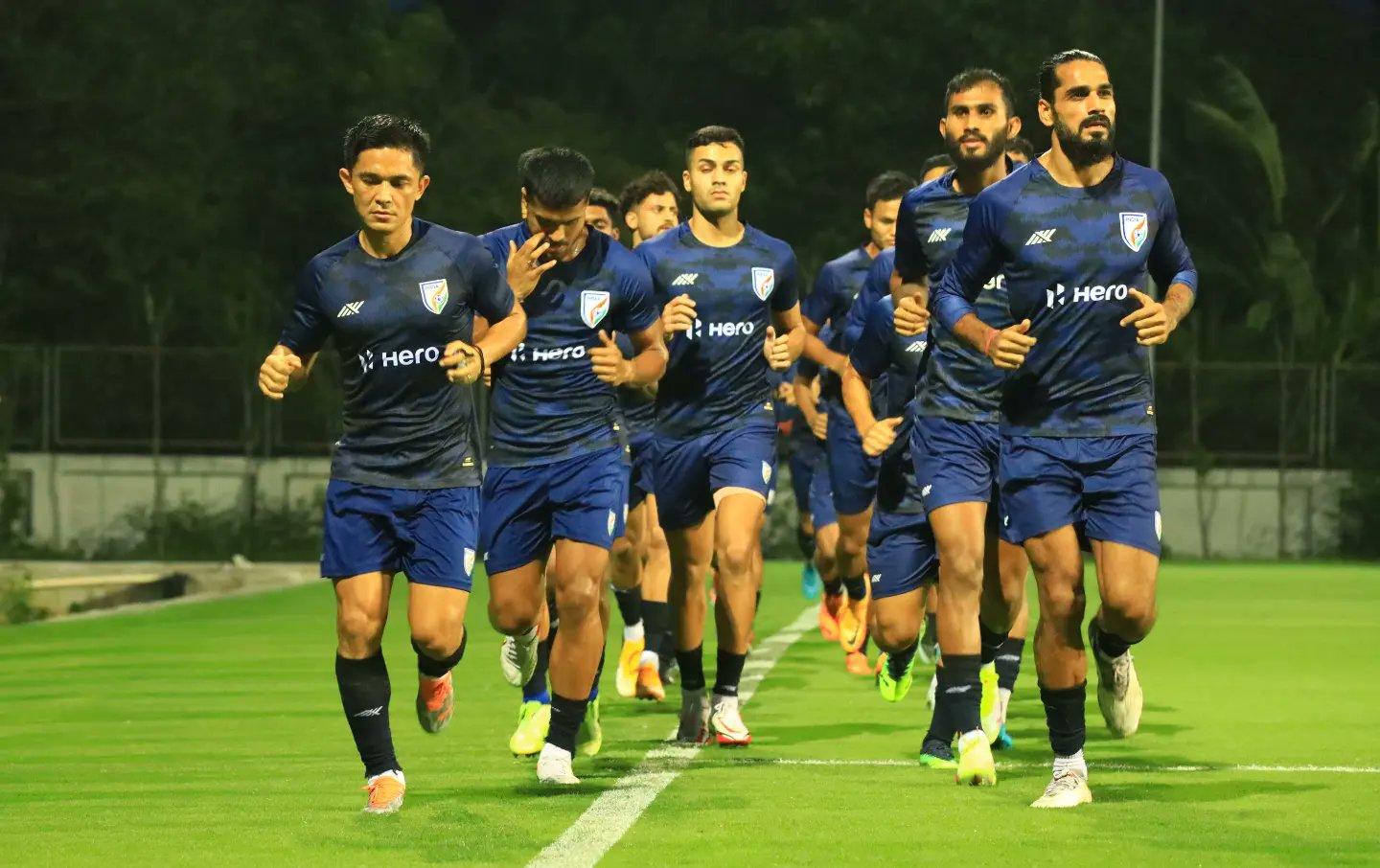 Indian Football Team in a training session in Kolkata

Lalengmawia and Rahul Bheke are yet to begin training with the squad as they are recovering from injuries. The good news for India, however, is that Liston Colaco has recovered fully and might get a spot in the starting line-up to impress one and all.

Brandon Fernandes and Yasir Mohammed may also get a chance in the playing eleven after making an appearance off the bench against Jordan.

India enters into the match as favourites against lowly ranked Cambodia and is expected to be on the offensive. Cambodia neither have a nice record against India nor are a formidable unit in general. Backed by the vociferous home support, we predict the Blue Tigers to win by a margin of 3-0.