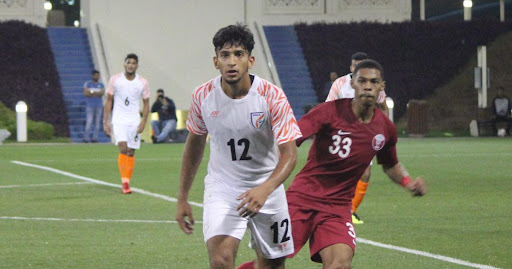 The fifth edition of the U-23 AFC Asian Championship is set to take place in June 2022 and the qualifiers for the biennial tournament will take place between 22nd October and 2nd November.

The Indian U-23 team would be looking to making their maiden appearance in the final round of the youth international football competition.

The Blue Colts have been once again drawn into a tough group with hosts United Arab Emirates (UAE), Oman, and Kygrystan. None of the four Group E teams have featured in the semi-final of the previous four editions of the tournament though making up for an interesting qualification campaign for the aforementioned teams.

After playing their first match against Oman, Stimac’s boys will face the hosts UAE followed by a tough final match against Kyrgystan. India playing all of its matches in the evening would be beneficial for Stimac with the temperatures and humidity in the UAE is predicted to be very high throughout the month of October.

Head coach Igor Stimac has named a strong 28-member Blue Colts probable squad to avoid the fate of the previous qualification campaigns that ended in heartbreak for the Indian nation. 5 players will be omitted from the probables list to make up the 23-player touring squad for the upcoming AFC qualifiers.

Along with Indian national football team regular Dheeraj Singh Moirangthem, the Hyderabad full-back duo of Asish Rai and Akash Mishra, Bengaluru midfielder Suresh Singh, and Mumbai City’s record signing Apuia will be the star names in the squad. Rahul KP of Kerala Blasters along with Rahim Ali of Chennaiyin and Jamshedpur’s latest signing Komal Thatal will be expected to provide the goals for the Indian team.

Let’s have a look at the 28-member probables squad named by the Croatian head coach.