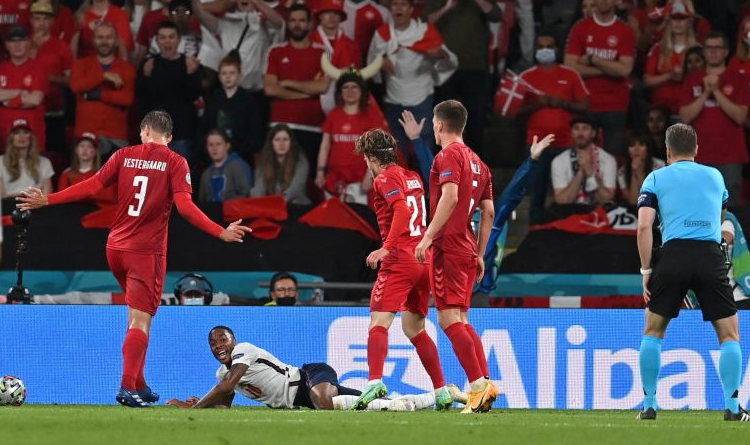 Sterling calls for a penalty after falling down

A controversial episode in extra time helped England, which admittedly delivered an excellent match, reach the final. Raheem Sterling has no doubt that the penalty was awarded fairly. But fans and experts around the world have many questions.

The main episode of the second semi-final came in the 102nd minute. Raheem Sterling received the ball on the right wing and ran past Mæhle. He rushed into the penalty area, paused for a moment and tried to get into the goalkeeper’s box before collapsing on the grass.

The referee immediately pointed to the spot and the Danes were outraged. They hoped Danny Makkelie would hesitate after talking to the video assistants, but they just confirmed the decision.

Read the whole story 💥:  Harry Kane powers England to the Euro 2020 final with 2-1 win over Denmark

The English football legend believes the penalty was justified:

“England had 22 shots, Denmark 6. Nobody got robbed. Soft penalty perhaps, seen them given, seen them not given. But the side that clearly deserved to win did in fact win.”

said one fan in reply.

Many lovers outside England are very skeptical about the moment. 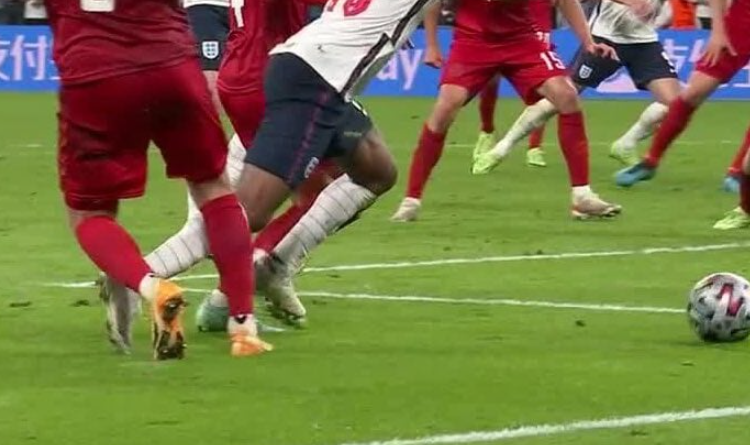 This is an angle that raises a lot of questions

Moreover, as it turned out, there was a second ball on the pitch during the attack: 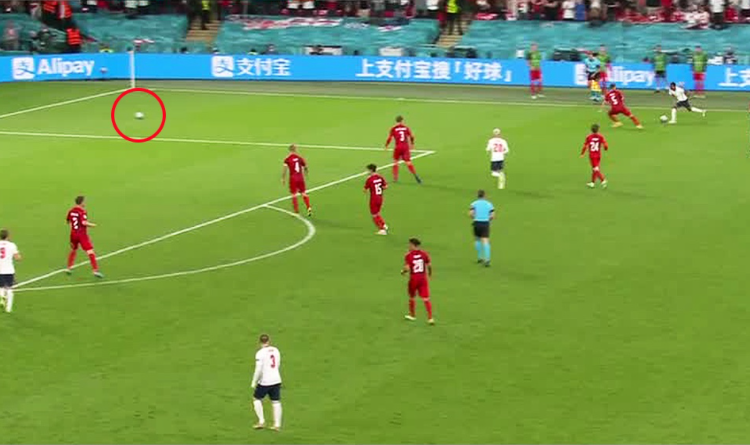 At some point, there was less than a meter between the balls

Here’s what the football experts say.

“I think it’s scandalous. Sterling probably thought the challenge was going to come, so I’ll give him the benefit of the doubt. But Maehle pulls out of the tackle because he sees he can’t get there. There is no contact whatsoever. VAR was brought in to rectify these decisions and change blatant mistakes by the referee. This is as blatant a mistake as you will see, and this is a European Championship semi-final. I feel sorry for the Danes”

Jose Mourinho blames the given penalty:

“In my opinion, there has never been a Pendel in life. Especially at this level – a semi-final of a European tournament. I do not understand the decision. “

“There was no penalty. I do not understand why the VAR team did not call the referee to look at a move on the screen. At a time like this, it is important for the judge to be 100% convinced. It was not clear enough, the VAR team hit the referee.”

“I wouldn’t have given it. It was an important goal and they won, but let’s say that the penalty was generous.”

Gary Neville was adamant it was “never a penalty in a million years”:

“No not a chance..never a penalty..but honestly I don’t care..I genuinely think last night that team would have succeeded without that penalty. I think they would have done something different and got that goal.”

“Would I want to give it in such a big match? I’m not sure.”

”I can understand why it’s called, but I would rather it’s not given. And therefore the VAR, especially when it’s so soft, the VAR can then recommend he go to the review area, see it for the second time and then make your decision. Once the referee’s given it, there’s going to be absolutely no way this is a clear and obvious error because there is contact.”

Yet England are in the final and are closer than ever to winning the long-awaited European Cup. Stay tuned as we are preparing our prediction for Sunday night’s clash with Italy on Sunday night.