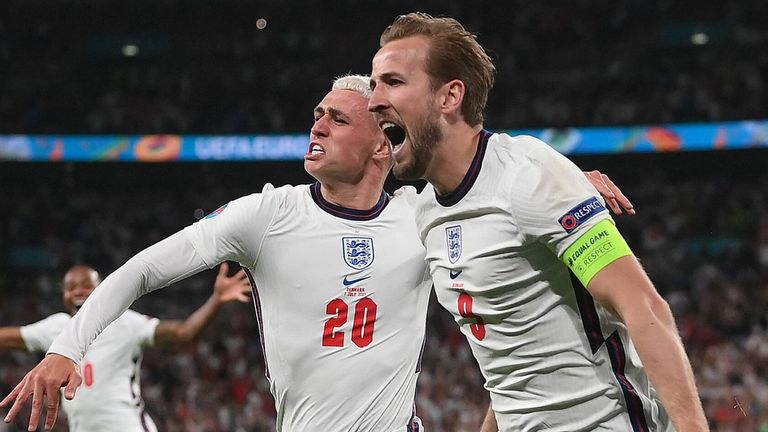 England captain Harry Kane’s extra-time goal powered the Three Lions to a 2-1 win over Denmark in the second semi-final of the 2020 UEFA European Championship.

England manager Gareth Southgate made only one change to the team that thumped Ukraine 4-0 in Rome with the fit-again Bukayo Saka replacing Manchester United bound Jadon Sancho in the starting XI. Denmark manager Kasper Hjumland made fielded the same group of players that defeated the Czech Republic in their quarter-final clash.

England started the first half on the front foot creating chances in the first few minutes but none of them could be converted by the English forwards.

At the half-hour mark, Luke Shaw needlessly tugged down Andreas Christensen and the Danes won a free-kick in a promising position. Mikel Damsgaard stepped up and produced the perfect strike from 25 yards to help the ball travel over the jumping wall and back down to beat Jordan Pickford in the English goal. 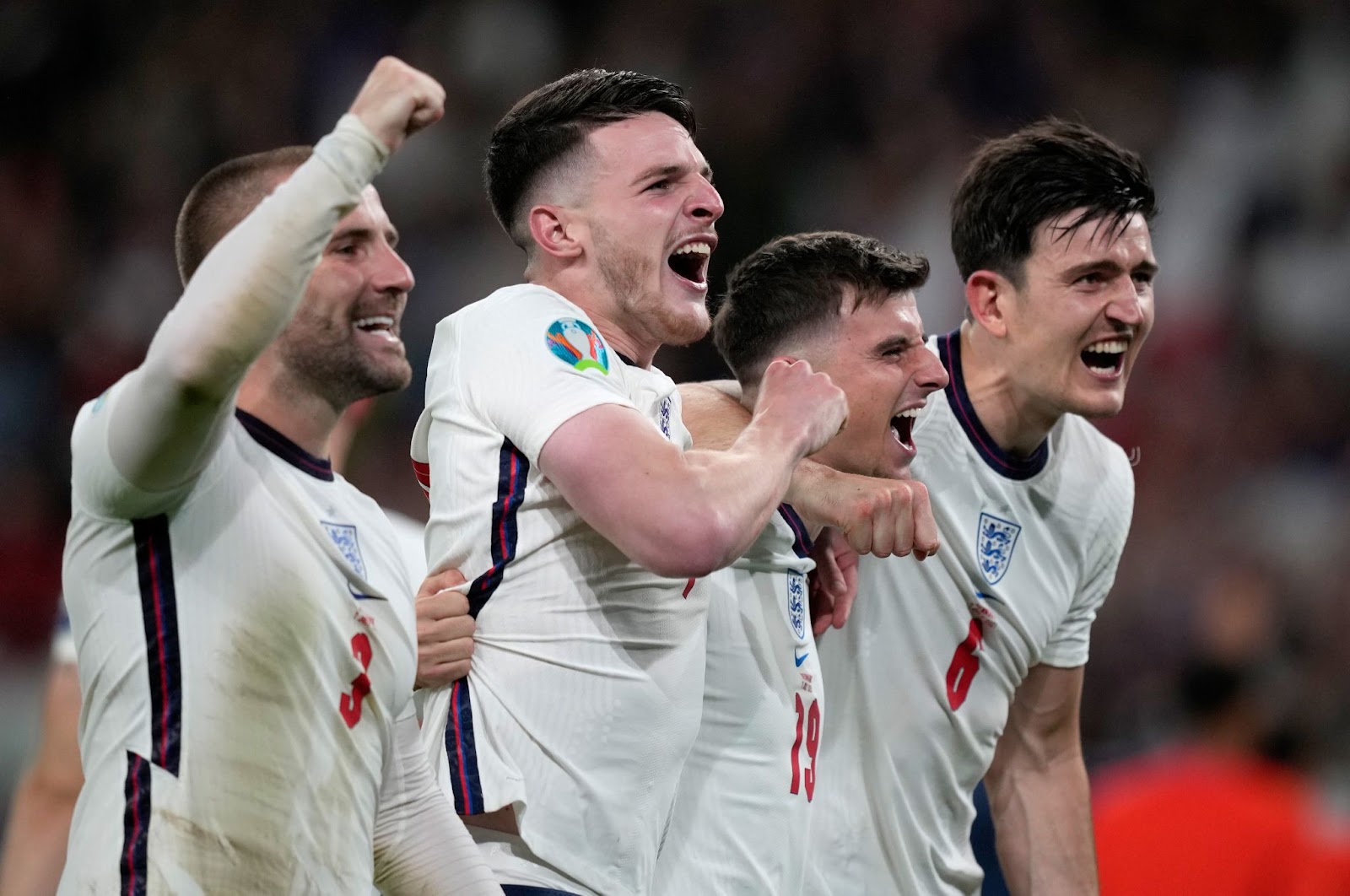 After the goal, it was all England as Kane turned creator for Raheem Sterling who spurned his first chance by shooting straight at Kasper Schmeichel but less than a minute later, Bukayo Saka’s cross was turned into the back of his own net by Denmark skipper Simon Kjaer under pressure from Sterling.

Neither team could muster an opening in the next 45 minutes with Kane, Sterling, Kasper Dolberg, and Kalvin Philips seeing their shots saved by the goalkeepers. Harry Maguire’s goal-bound looping header was kept out by the Leicester City No.1 with an astounding finger-tip save.

At the start of the extra time, Kane’s low drive was well saved by the Danes goalkeeper keeping the score at 1-1.

Sterling went to the ground under very less pressure and Southgate’s team was handed a penalty with VAR failing to turn over the spot-kick due to debatable circumstances. Skipper Kane stepped up to take the penalty and his poor strike was well saved by Schmeichel but the Tottenham Hotspurs striker turned in the rebound to give his team the lead for the first time on the night.

In the second half of extra time, Kane and co. expertly kept the ball and frustrated the Danes for possession thus keeping the ball away from their goal for the majority of the remaining minutes.

After losing their first two matches in the tournament and also losing key player Christian Eriksen to a cardiac arrest, underdogs Denmark performed excellently to defeat Russia, Wales, and the Czech Republic on their way to the Euros 2020 semi-final. The Danes bow out of the tournament giving every football fan around the world a fairytale story to discuss until the 2022 FIFA World Cup.

On the other hand, England has booked a date for the big finale against Italy at the Wembley Stadium on Sunday which could give their fans a lot to talk about before and after the match irrespective of the result.