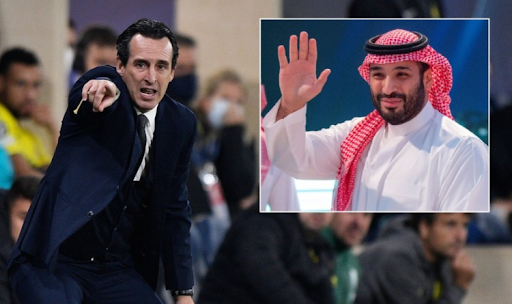 Villarreal head coach Unai Emery refused to head Newcastle United, which had previously been acquired by investors from Saudi Arabia. The media called Emery the favorite for the post.

Newcastle has had a busy month: the Saudi Sheikhs completed a deal to buy the club, then they fired Steve Bruce, however, there is a big problem – the team is still at the bottom of the English Premier League table.

Don`t miss out on the story 💥: A bright future for Newcastle Utd? Saudi investors reached takeover agreement with EPL management

Now the first and foremost task is to find a coach, who will be able to save Newcastle from relegation, and then lead the team to a bright and prosperous future.

And this week it was reported that the management of the Magpies settled on two candidates from their list: Unai Emery from Villarreal and former Bournemouth coach Eddie Howe.

In a post-match interview after his recent 2-0 UCL victory over BSC Young Boys, the former Arsenal coach confirmed the fact of negotiations with the black and whites.

And the next day the Basque commented on this situation, confirming his stay at Submarines` camp:

“Villarreal CF is my home and I am 100% committed. Honestly, I am grateful for the interest of a great club but even more grateful to be here and that is why I communicated to [the club president] Fernando Roig my decision to want to continue being part of this project because of the commitment and respect that I perceive from the club and from my players, which is mutual and reciprocal. I want to thank the fans for the support they have always shown me. On Sunday we have a very important game and I hope that all together we can achieve victory. See you at the Estadio de la Ceramica.Thank you, Yellow”

Reportedly, the Spanish specialist was confused by the massive changes at Newcastle. In his opinion, what is happening now is chaos. It has been suggested that he is not convinced of the direction in which the club wants to go and is concerned about the lack of a “clear vision” from the new owners. And the 50-year-old specialist knows firsthand how difficult the EPL is and how much pressure will be put on him personally at St James’ Park. He will be the first to receive the blame for all the failures. In this regard, Unai decided to continue working with the La Liga club.