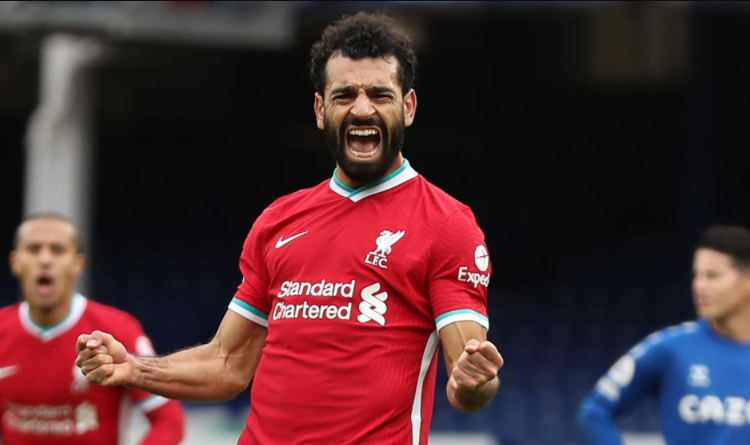 Salah celebrates his goal in the Merseyside derby

Liverpool winger Mohamed Salah has been voted the best player of the season in the English Premier League by fans. The vote was conducted by the Professional Footballers’ Association of England (PFA).

The 28-year-old Egyptian made 37 Premier League appearances in the 2021\2022 season netting 22 goals and providing 5 assists.

Many fans were disappointed as England striker Harry Kane was left in the shadow of the Egyptian considering the fact that the 27-year-old claimed two individual awards this season. The outstanding forward won the Golden Boot award with 23 goals scored. At the same time, he has crowned the Premier League’s Top Playmaker as he provided 14 assists.

You can enjoy his goals here:

We also recall that Manchester City Belgian midfielder Kevin de Bruyne was named PFA Footballers’ Player of the Season, while his teammate Ruben Dias was rated The Best Player of the Year by the media and the EPL itself.