Kevin De Bruyne signed a new contract with Manchester City, he negotiated the deal without the agent`s help 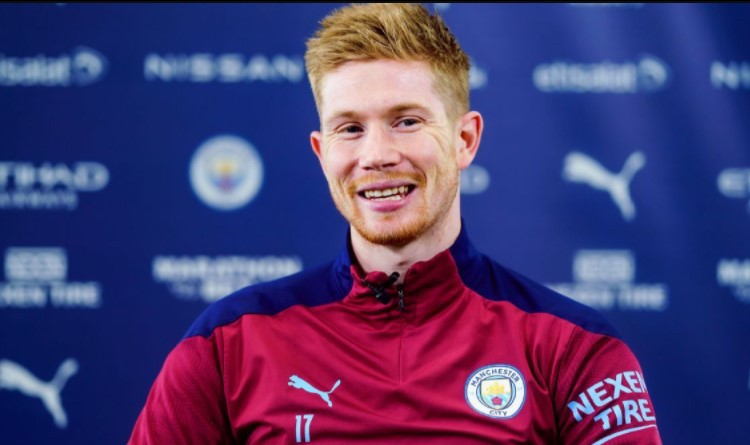 He played for Genk, Chelsea, Werder and Wolfsburg before moving to Manchester

Manchester City have announced a contract extension with Kevin de Bruyne. The Belgian’s agreement is renewed for two years, until 2025.

It was announced by the official website of the Manchester club:

The 29-year-old spends his 6th season for the Citizens. During this time, Kevin De Bruyne won the English league title twice, FA Cup and four League Cups, as well as the 2020 PFA Player of the Year award.

“I could not be happier,”

“Since joining City in 2015, I have felt at home. I love the fans, my family are settled here in Manchester and my own game has developed really well. This football club is geared for success. It offers me everything I need to maximise my performance, so signing this contract was a straightforward decision. I am playing the best football of my career and I honestly feel there is more to come. Pep and I see football in the same way. Having that relationship with a manager is so important to me because our objectives are totally aligned and we want the same things. My focus now is on ensuring we have a successful end to the current campaign. Our results and performances so far have been excellent, but we need to make sure we end the season with the silverware we deserve.”

A unique fact is that De Bruyne has not used an agent to mediate a new deal. The reason is simple: Kevin simply does not have an agent. The specialist with whom the Belgian has previously collaborated is in trouble with the law. He has been arrested on suspicion of money laundering and forging and using false documents.

De Bruyne now joins other players who have a long contract with the team of Pep Guardiola. In this group the defender stands out Rúben Dias, linked to the club until 2026, Bernardo Silva, Ederson, Aymeric Laporte, João Cancelo, Ferran Torres and Nathan Aké, all with contract until 2025.

Next on the list of City is Raheem Sterling, who has a contract until June 2023, as well as the Brazilian Gabriel Jesus, the Algerian Riyad Mahrez and the German Ilkay Gündogan, an important figure in the current season.